‘Songlines‘ are invisible pathways crossing all over the Australian continent, used to navigate distances of sometimes hundreds of kilometres by means of song. While moving, songs sung in certain sequence provide bearing to the singing traveler, describing locations of (former) landmarks or (super) natural phenomena.

“Aboriginal Creation myths tell of the totemic being who wandered over the continent, singing out the name of everything that crossed their path – birds, animals, plants, rocks, waterholes – and so singing the world into existence.” – Bruce Chatwin

This work explores the idea that within a landscape, experience of place and surrounding comes about through perceiving and creating resonance. Through a partly poetic, partly scientific reading of the acoustic resonances of a given space, the installation attempts to make those resonances palpable as an extension of architecture and traversable as a musical and experiential plane. 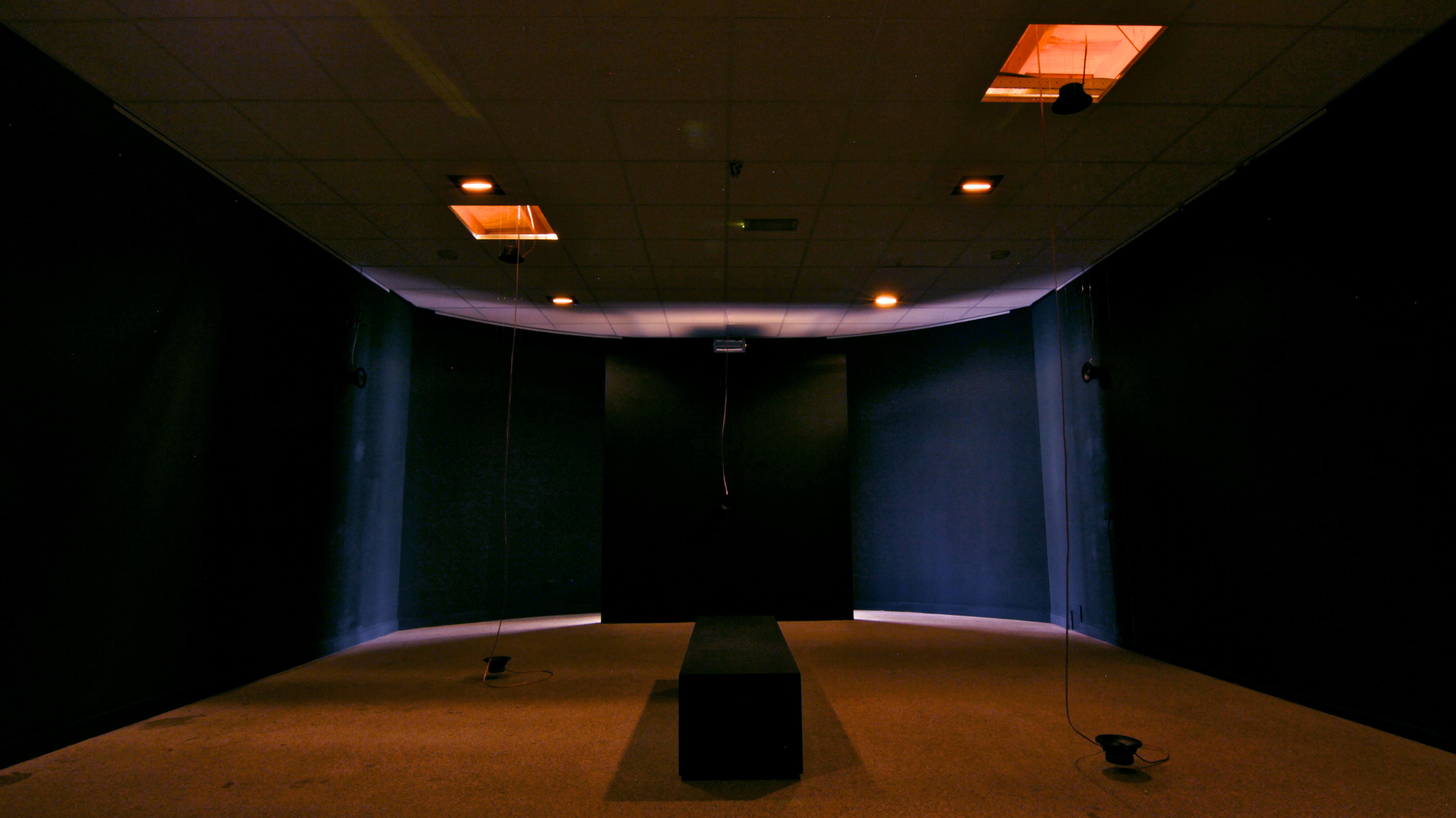 Pairs of speaker drivers are installed, bridging the different dimensions of a space. Each pair quietly emits an electronic pure tone of which the frequency is proportionate to the physical distance between the two opposing speakers. This causes the space to naturally reinforce the tones and quietly hum at the pitches of its intrinsic voices (informed by its architectural shape and size). A constantly changing interval of two tones can be heard. 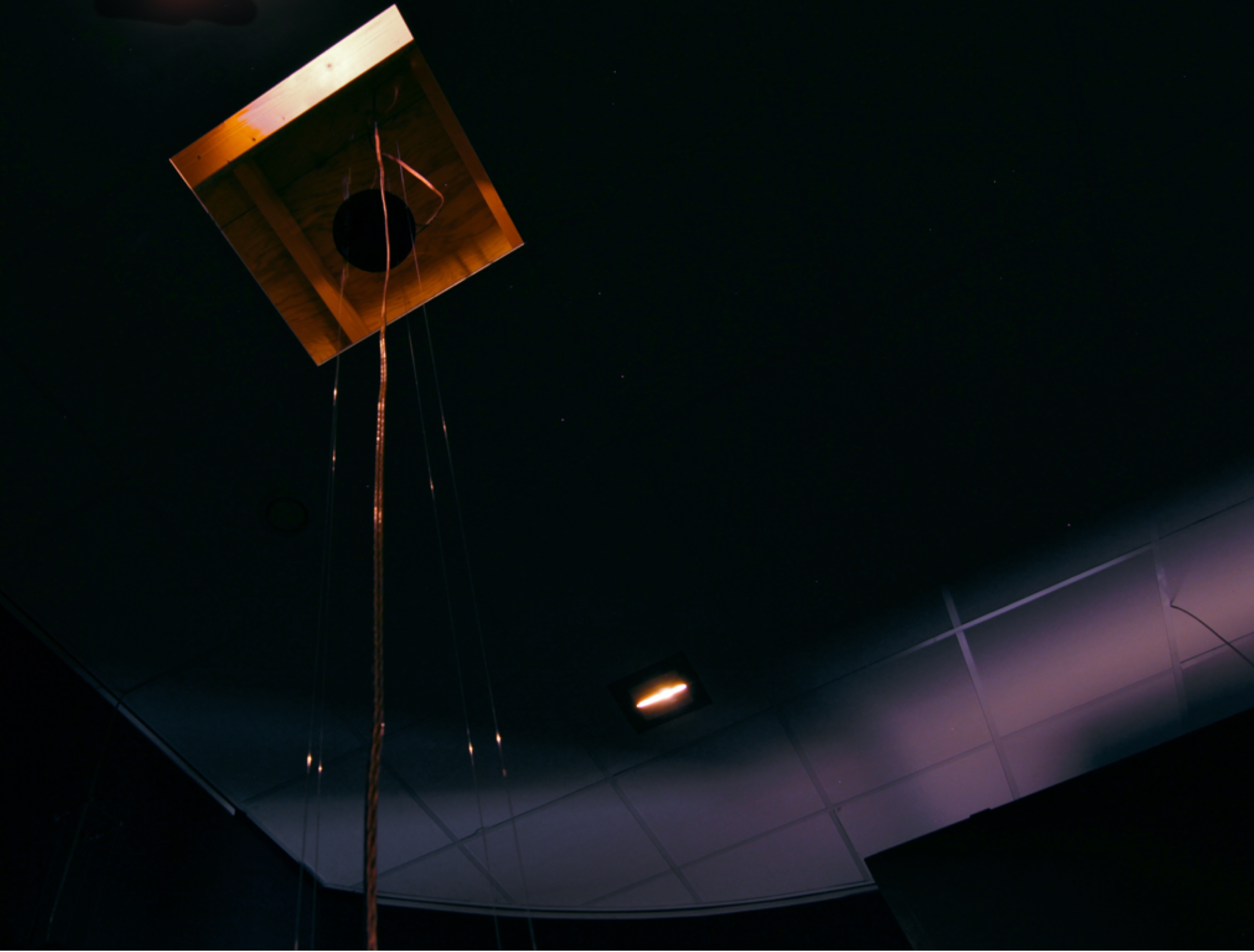 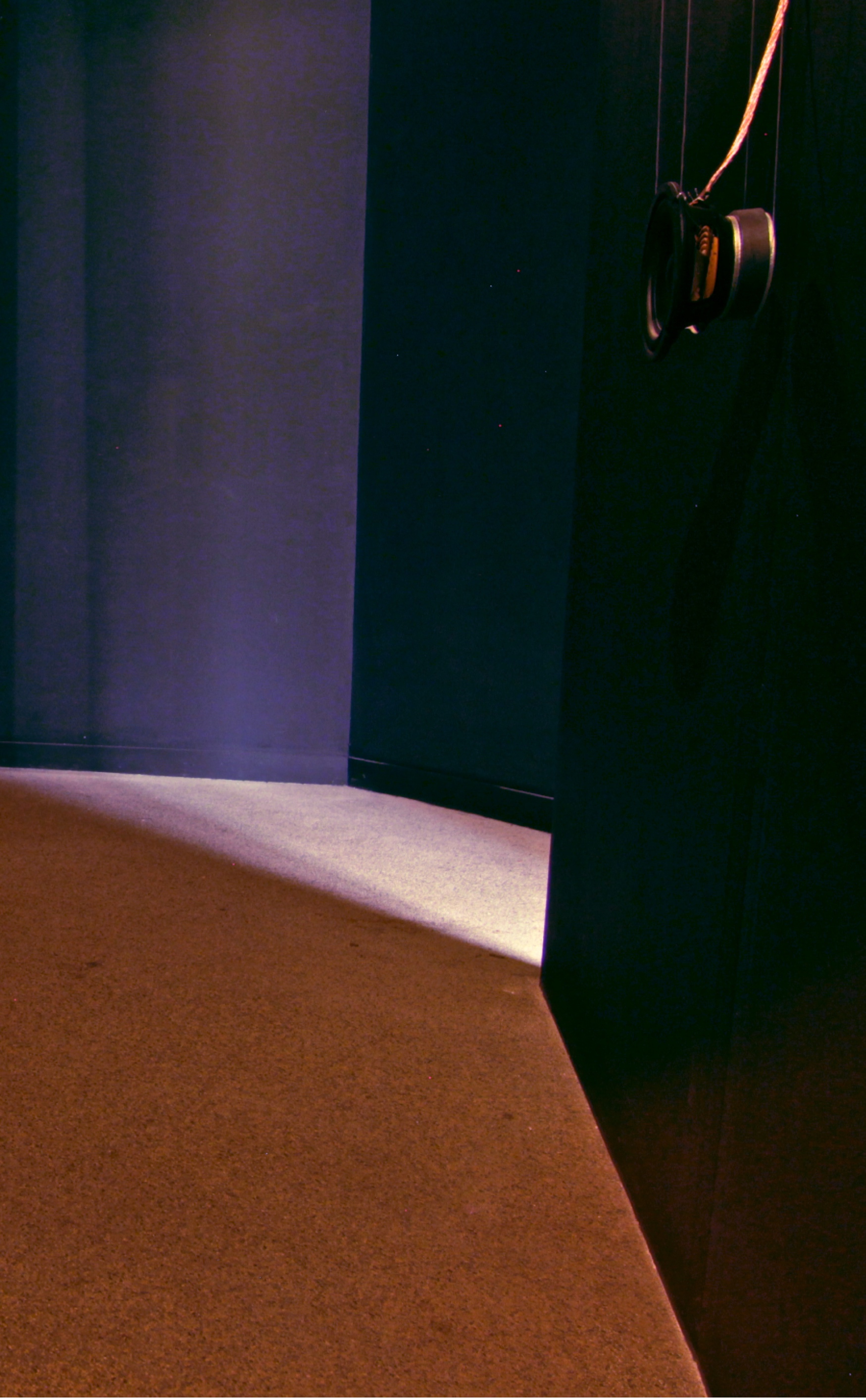 Recordings of voice occasionally match with the tones, causing acoustic ripples and melodic resonances to appear at specific points in the room. The voice, because of its rich timbre, instantly sings body and location into the static pure tones, connecting the invisibly traversing lines within the space.

. songlines I @ Institute for Provocation, Beijing 2016