‘presence (Un) presence’ is a performative installation project which intends to pose and speak to questions of musical mediality and agency beyond the audible. Following a score-based structure, the work stages the slow and contingent unfolding of a durational duet between two interpreters enacting 4 of our basic postures —standing, walking, sitting and lying down— as performative measures to sense, draw and recompose their shared space.

As individual actors in the work they are physically separated by time or distance and connected only by means of video transmission. The installation observes itself through multiple installed cameras, and a rule-based system of image registration and projection non-linearly mediates the live performance with superimposed video footage, irregularly inserting seemingly instructive text fragments as well. Here, interstitially between phasing timelines of the now and the recalled, a flux-like materiality is produced by relating gesture, positioning, movement and patterns enacted both physically in the space and virtually on screen. Gradually, a layered and self-rewriting narrative emerges out of the continuously reconfiguring multitude of temporal instances. 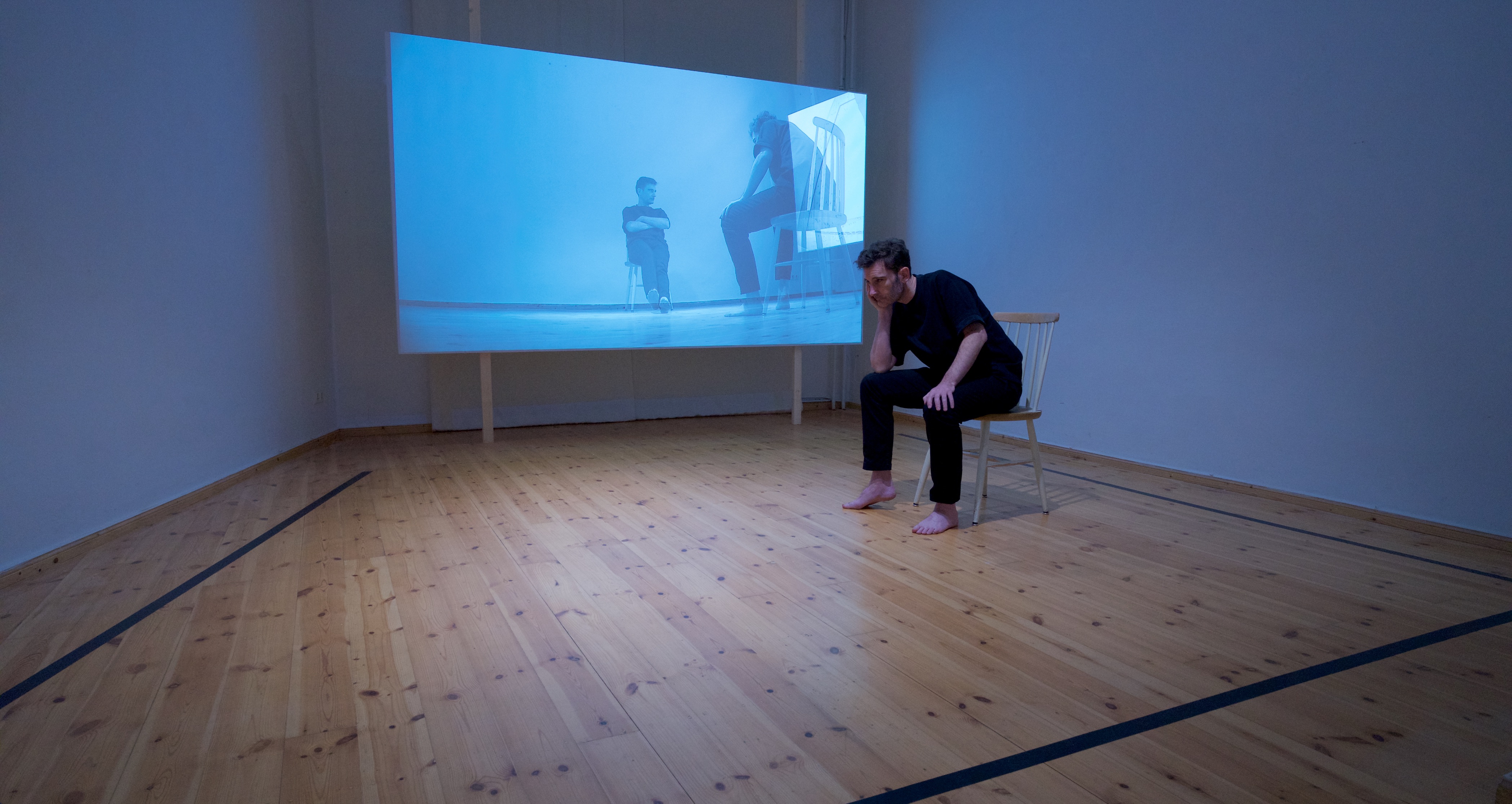 The performers actively shape this process through the immediacy and idiosyncrasy of their actions, and their embodiment increasingly obtains both a sensing and compositional function in its tracing of relational patterns which slowly establish over diffused visualisations of time. Through the two performers and their abstracted, modulated modes of presence, we arrive at a confined yet constantly shifting experience of environment and an evolving, participatory sense of place.

Much comparable to a realisation of an experimental music composition in situ, the installation, as a combinatory set of compositional elements, is read and interpreted through the specifics of the exhibition’s locality and performers’ individuality. This is an iterative process, performative in itself and fully constituent to the resultant shape, which, so far, has included different durational and temporal structures between realisations, and changing spatial organisations or forms of public presentation. The installation exists as an performative iteration of itself and the ideas at work within it, as much as it is an imprint of the compositional activation of the site. 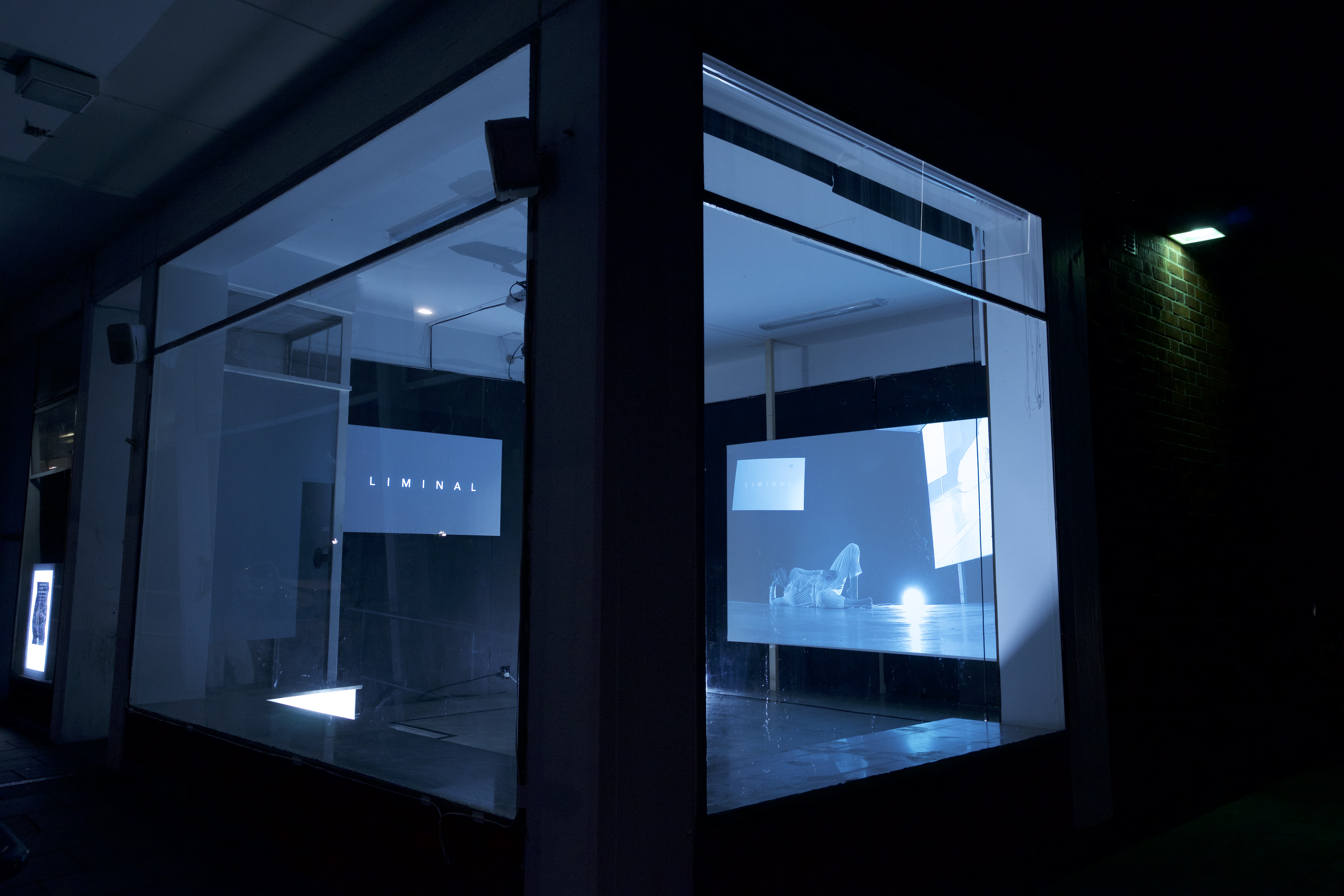 presence (Un) presence is the main focus within a current exploratory chapter of my practice, which studies how to read principles of musical structure, temporality and process from within a post-media exhibititory context. The work produced so far occupies an intermedium between music composition, spatial installation and durational performance. It activates site-adaptive movement and performative action, registrative techniques, text, and the architectural setting. Through such ‘speculative musical spaces’, an extended musicality is proposed: how can musical ideas and forms travel and convey between different mediums and situations, and function as a generative and experiential device beyond sound and the concert setting?