‘of two / six by 2’  is a site responsive piece for 2 pianos and 6 acoustic resonances. Evolving over six consecutive days through moments of both activity and near-stasis, the work probes the transient states of intersection between concert and installation. The work was first exhibited at Amsterdam gallery Rozenstraat – a rose is a rose is a rose.

Two concert piano’s are centrally placed. They remain opened for the full duration of the exhibition, with music scores and chairs in place and dimly lit. Facing the piano’s from opposing sides are two small speaker drivers lowered from the ceiling. Besides this imminent scene, the space remains empty. The speakers carefully emit a slowly shifting interval of two electronic tones. The tones are chosen from a series of six, matching the six strongest resonances of the space. They provide the material for a durational melody, unfolding over six days with a new interval every day. Corresponding in frequency with the spatial dimensions of the room, the tones are naturally amplified by the architecture: causing the space to quietly hum at its inherent pitches. The resonant tones now envelop the piano’s, omnipresent and physical without being loud. Wandering around the gallery, highly specific modulations of the interval can be experienced, changing from step to step. 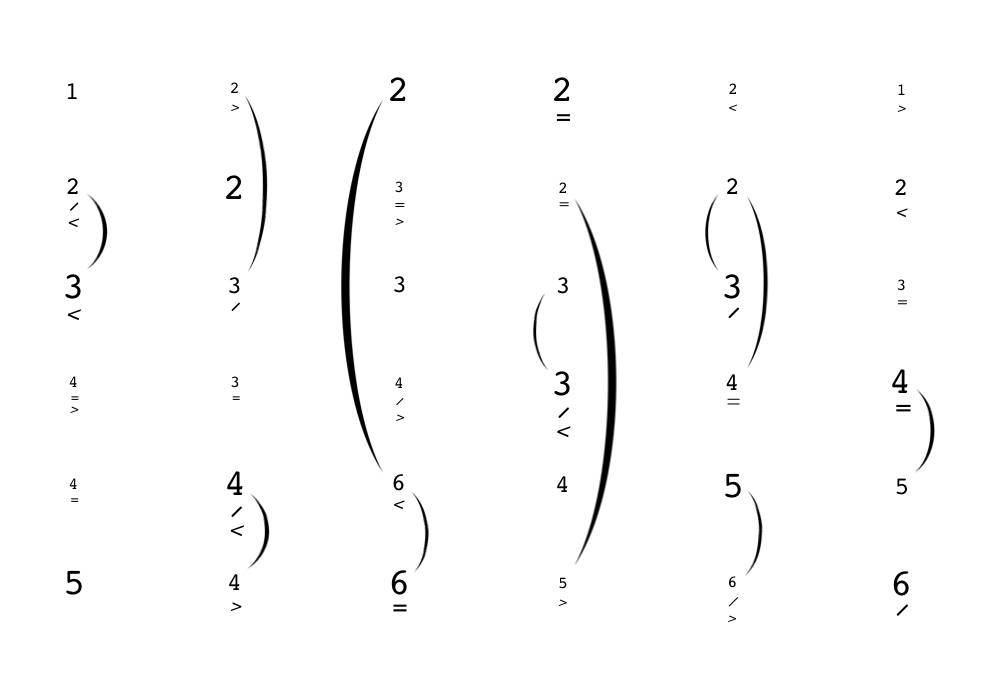 Every day, pianists Dante Boon and Reinier van Houdt visited the installation at an individually chosen and unannounced moment. Following their arrival, they performed their daily part lasting two hours. If or for how long they would meet each other was unknown. Daily, they played one movement of a combinatory graphical score. It instructs how evolving spatial tones, chords and phrases can be played around, on, and geometric to the resonant tones heard in the space and, potentially, in response to the other pianist. 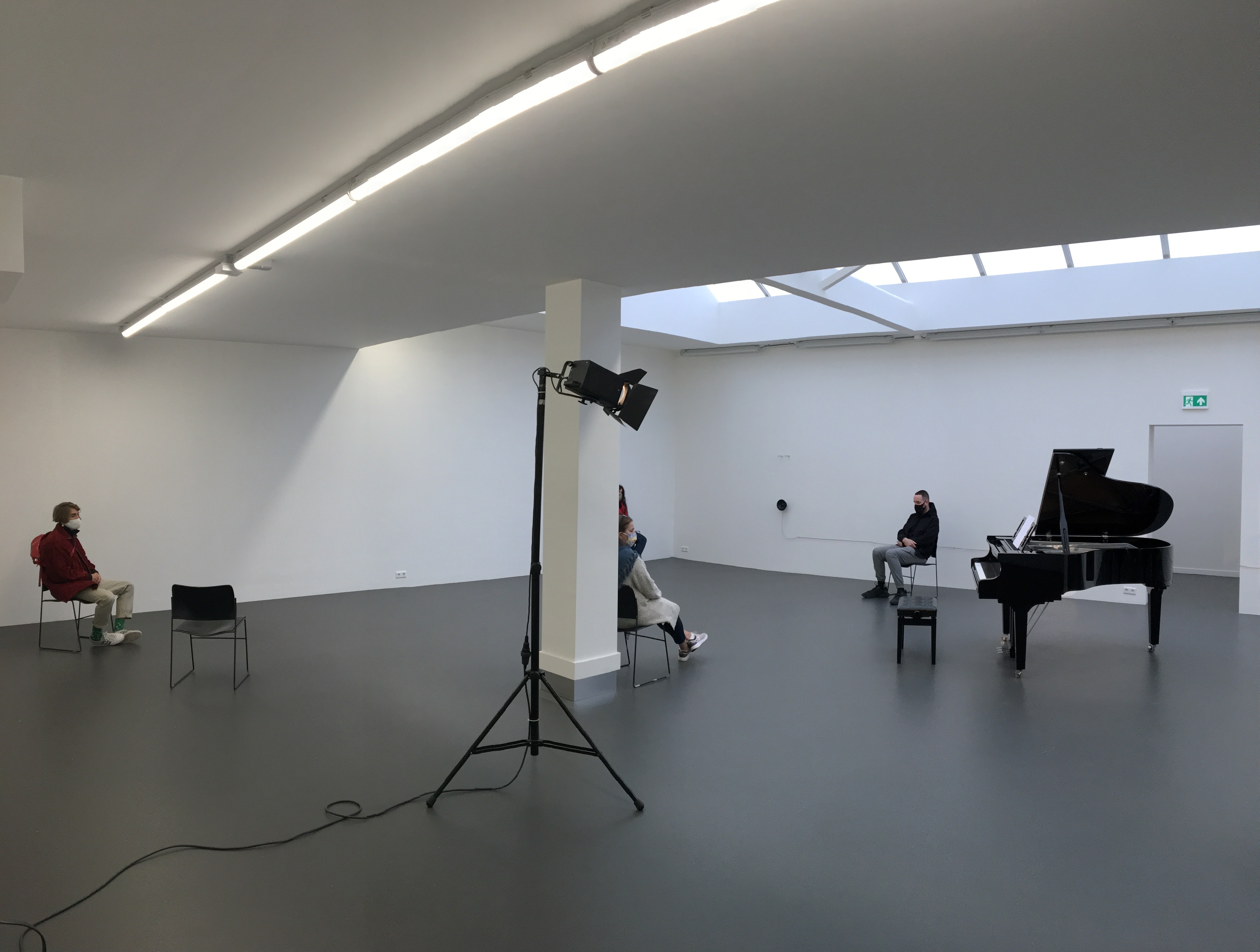 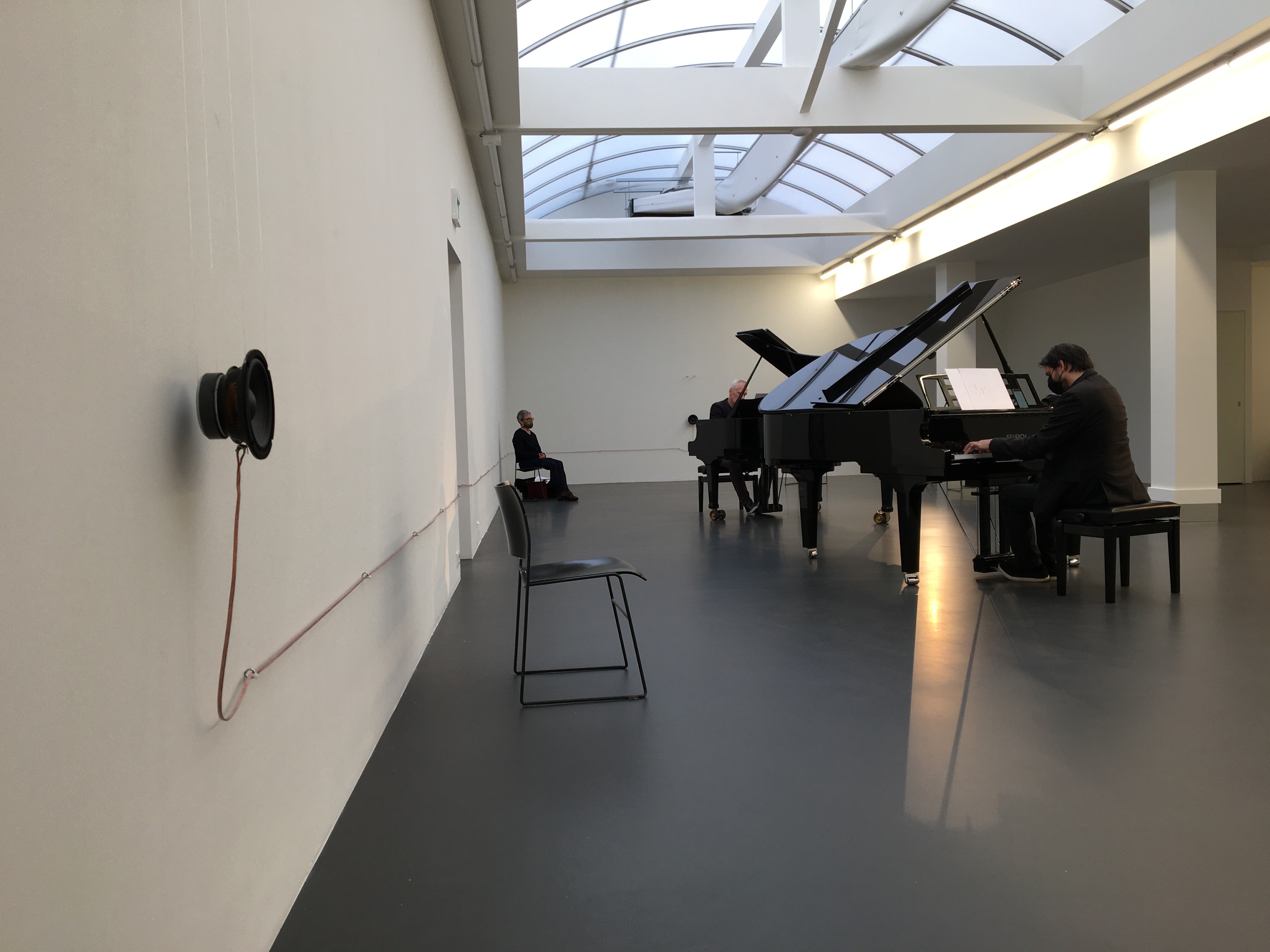 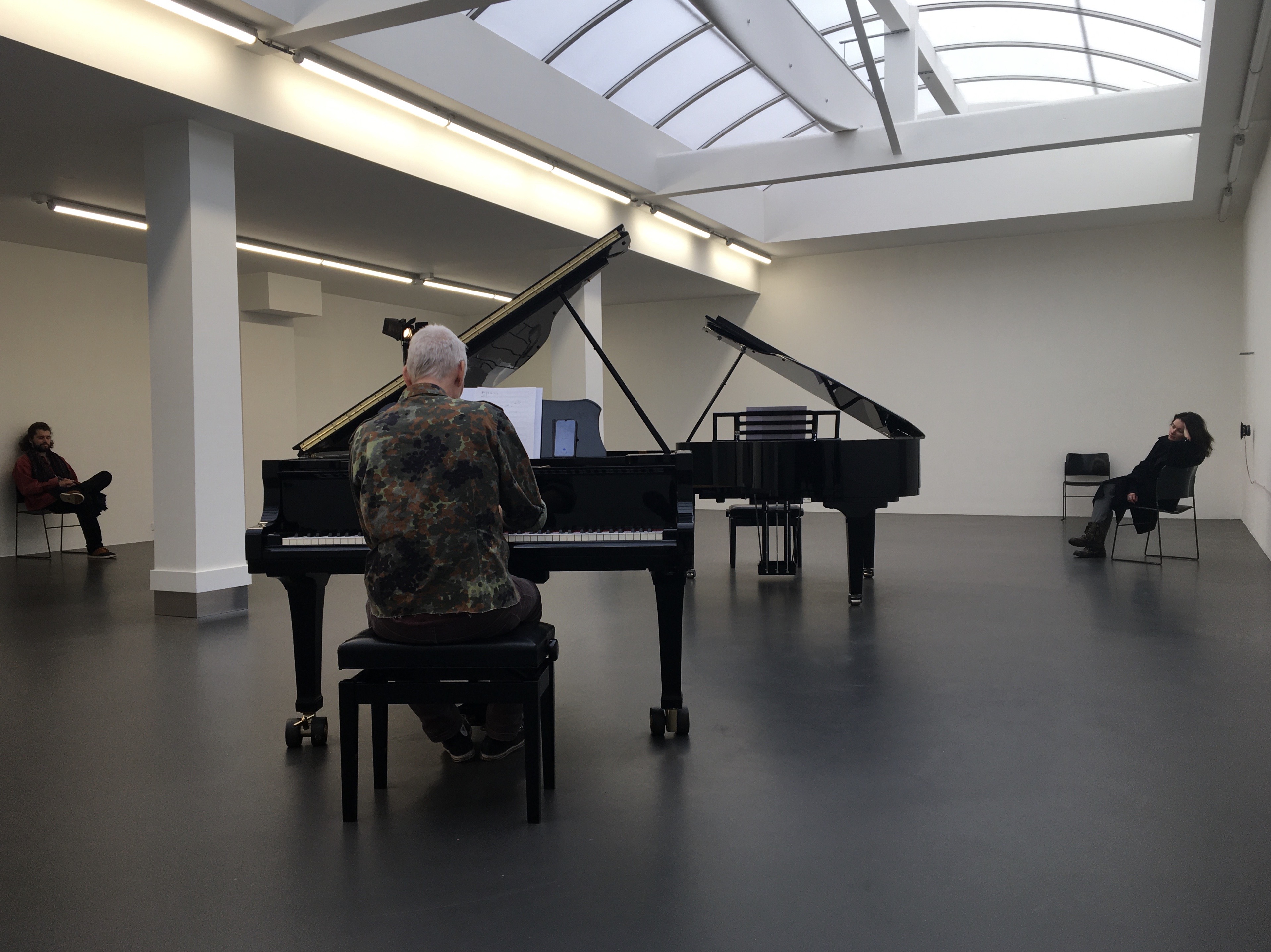 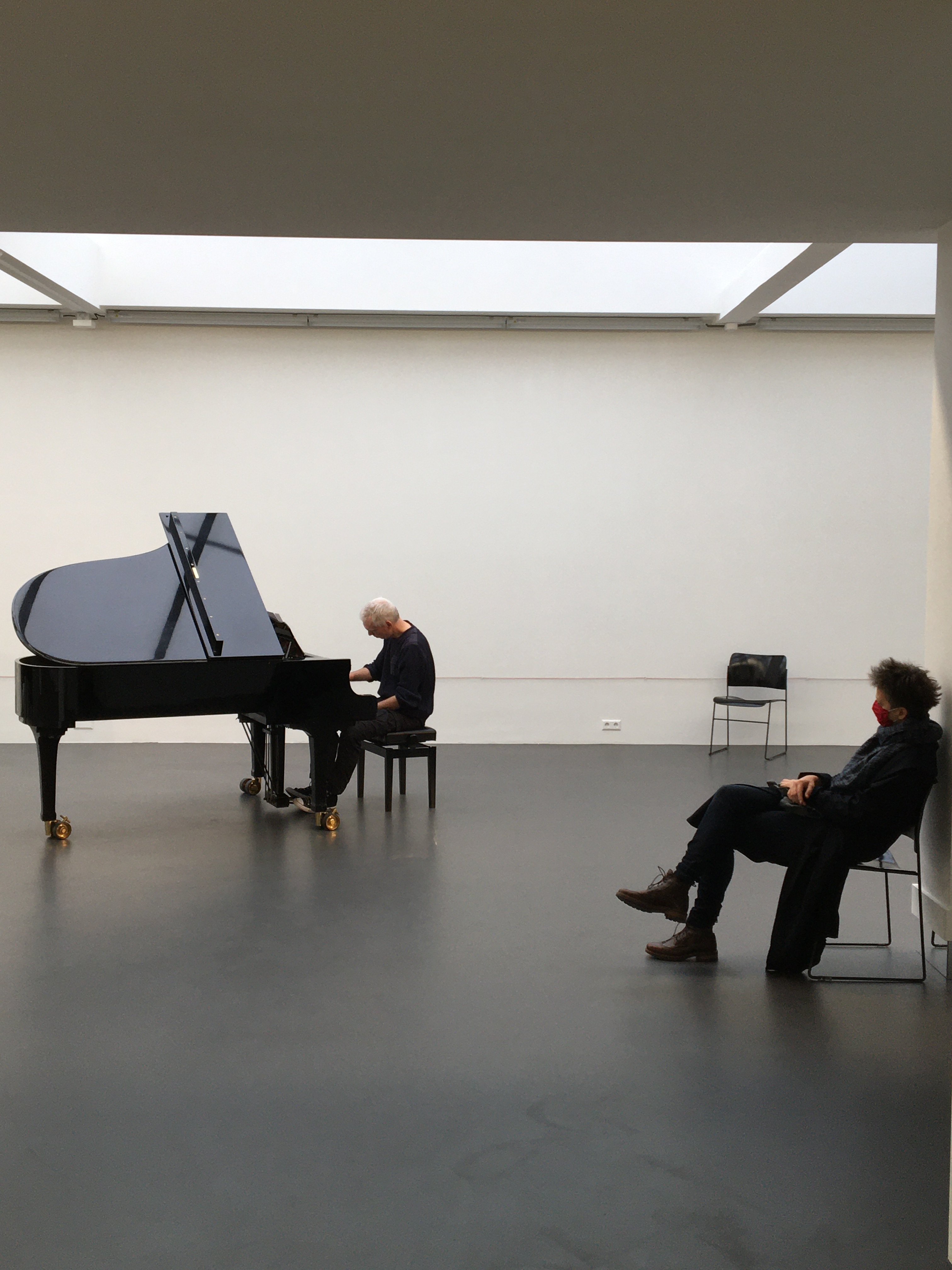 Articulating, touching and pushing the static tones into movement, the two pianists will cause a shifting topology of highly place-specific acoustic instances to arise within the space, the experience of which is dependent on the ever-evolving relation between one’s position as a listener and the performed material at a given moment.