On Chinese mouthorgans (Sheng) one often plays clusters (multiple frictional tones played on top of each other). Starting point for this work is to approach the cluster as a spatial configuration. Multiple tones that normally would be played simultaneously by one, are now divided over a number of performers spatially positioned and moving throughout a space. So far the piece has been performed only in China.. 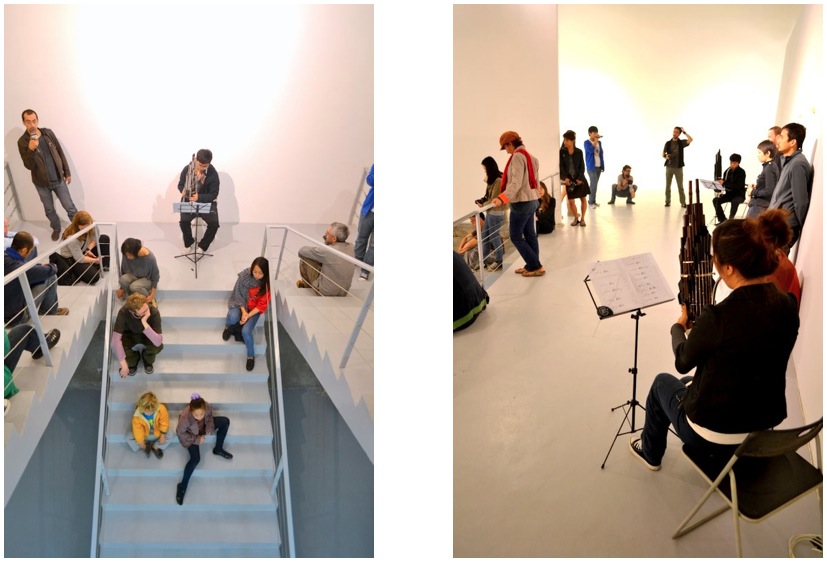