Invited by V2 Lab for the Unstable Media, DNK Ensemble enacted a one-off re-interpretation of Dick Raaijmakers‘ iconic piece ‘Intona’ during the Art Rotterdam fair 2021. For the original 1991 work, Raaijmakers heated, boiled, pierced his microphones to capture their ‘dying breath’ within a musically theatrical context, Doing so, he aimed to mobilise the microphone as an instrument in and on itself, disconnected from its common reproductive function. 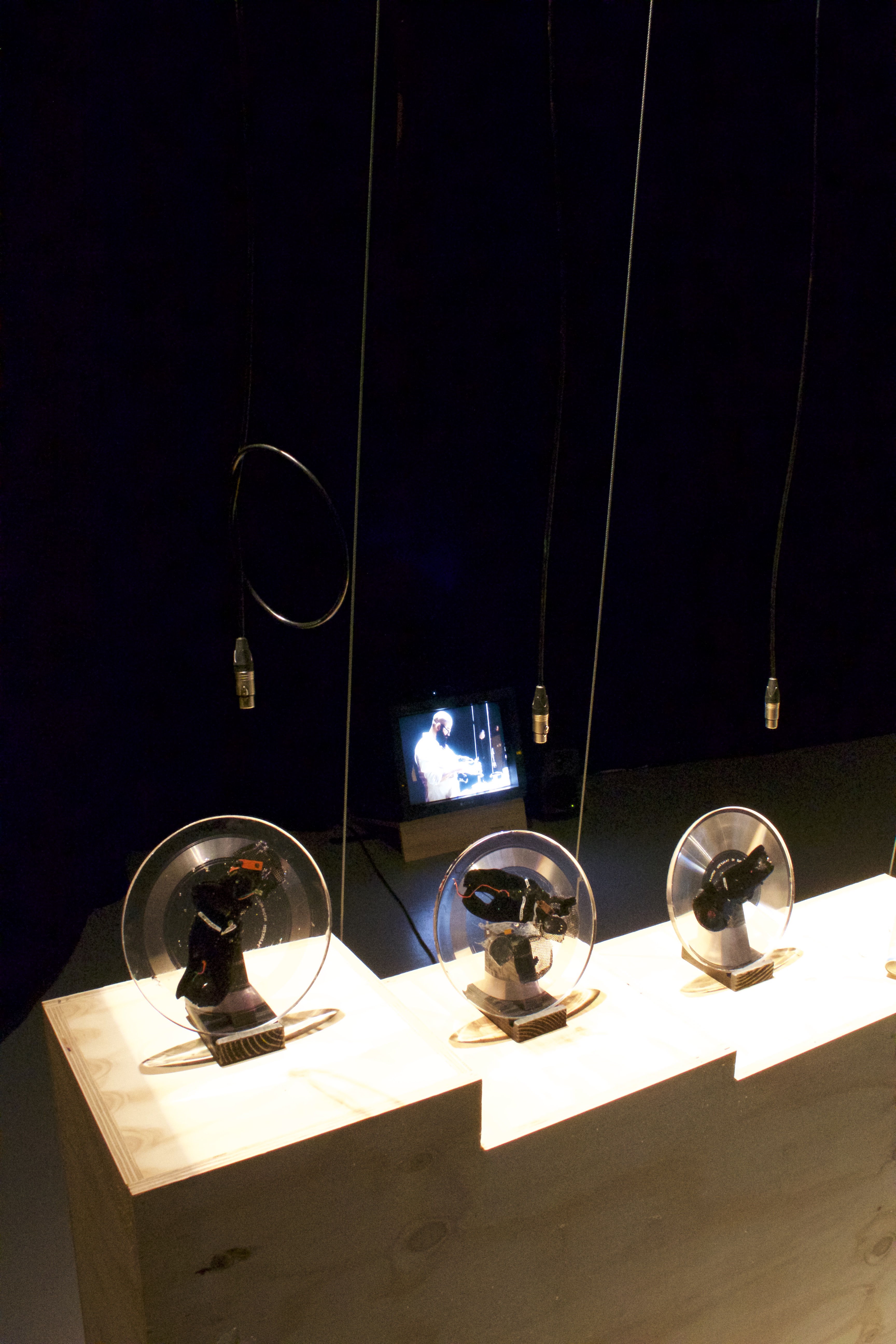 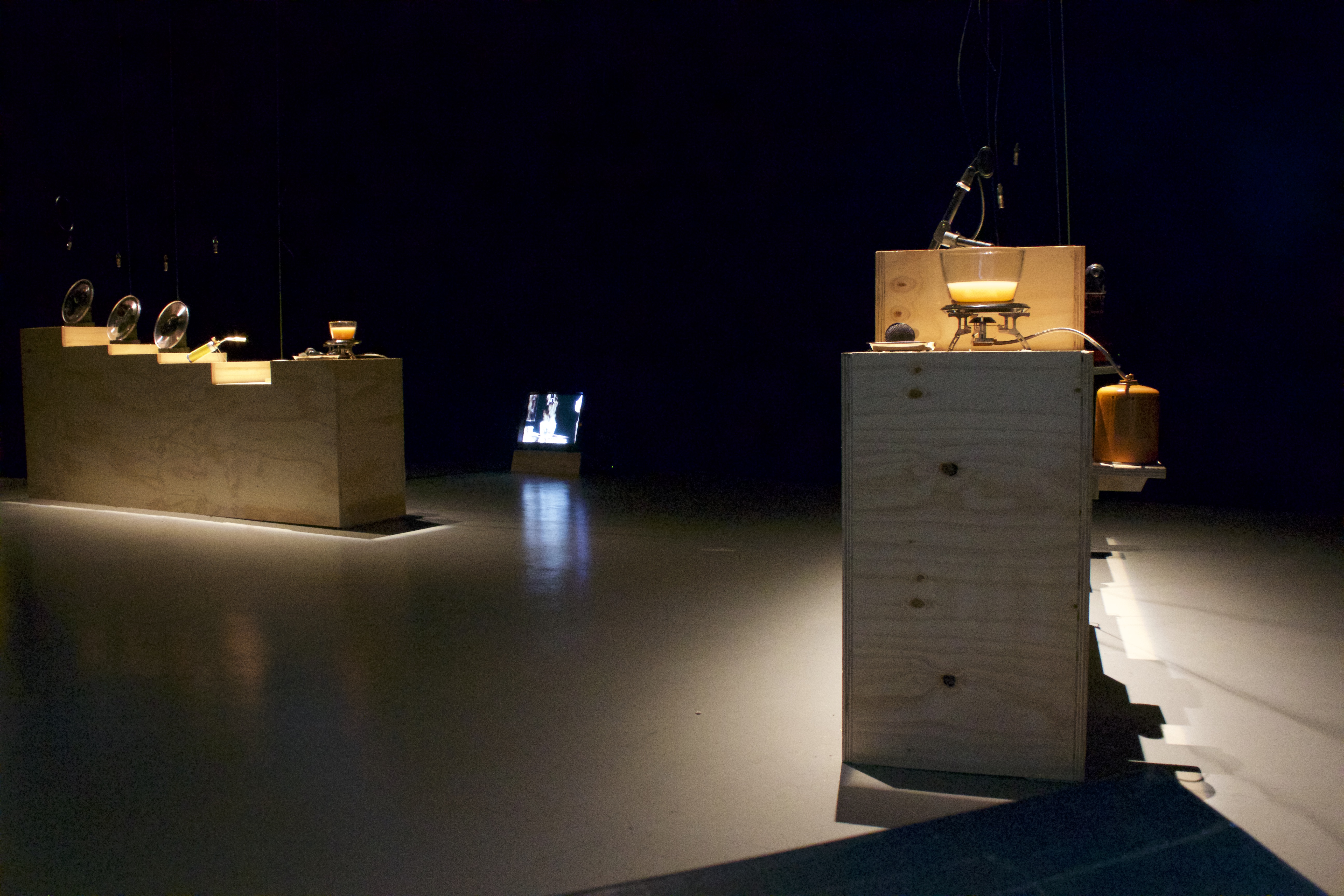 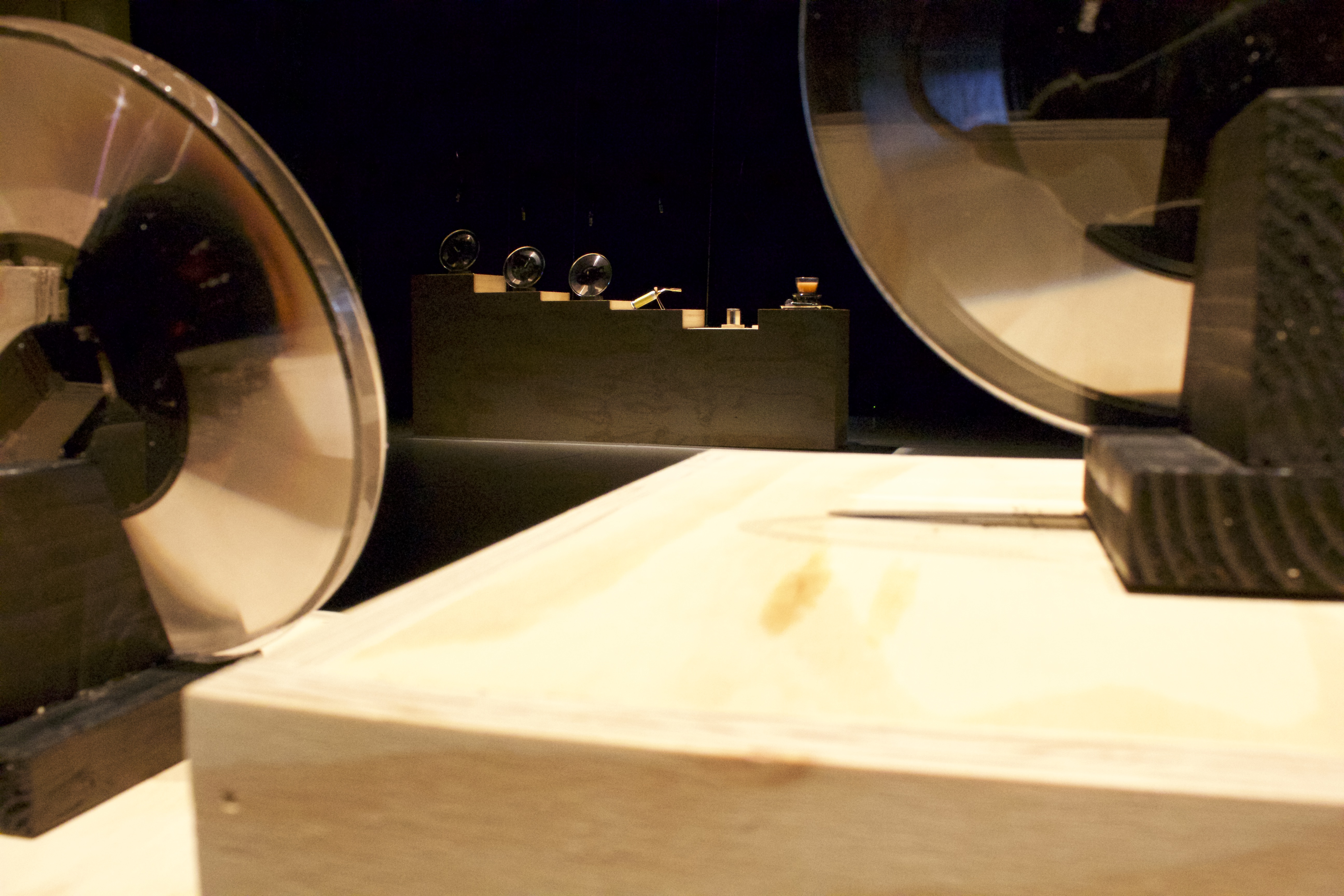 Further expanding upon Raaijmakers’ points of departure regarding the microphone and its cultural and musical meaning and functionality, these served as guideline for a series of performative and transformative processes taking place over 4 consecutive days. Following an opening performance which remodelled the original solo performance into a Minimalist 4-voice phasing sequence of selected microphone treatments, the stage attributes, microphone remnants and tools remaining after the performance functioned as a practical starting point for the consecutive part of the reenactment.

Over the following three days, the ensemble worked as a production unit in the step-by-step processing of the used microphones into phonographic objects on which the audio traces of their own fatal moments are cut, and in the conversion of the performance stage into an exhibition space where these objects will be displayed both as a series of unique media deliverables.

Special gratitude goes out to Florian Weigl and V2 for making this project possible. 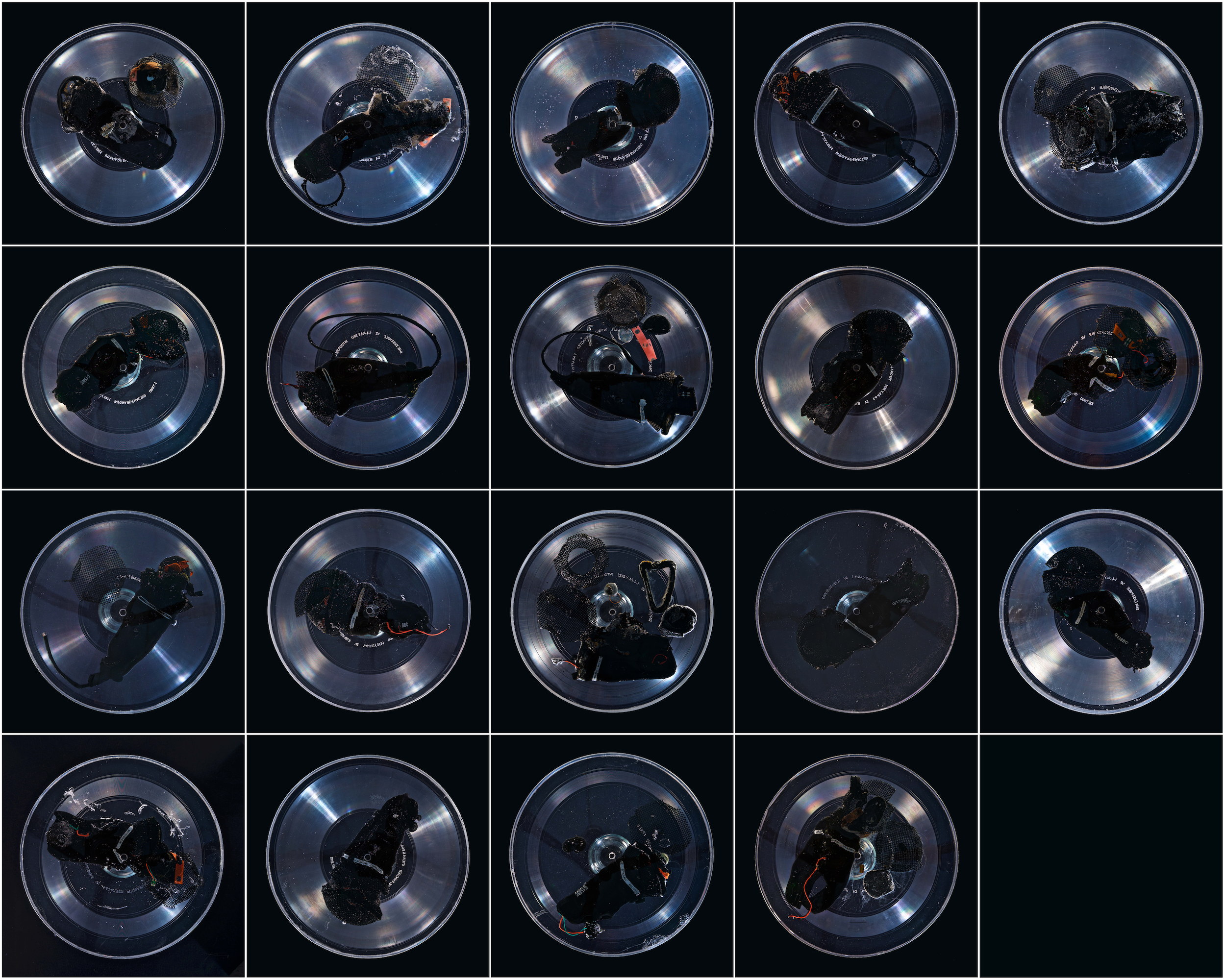 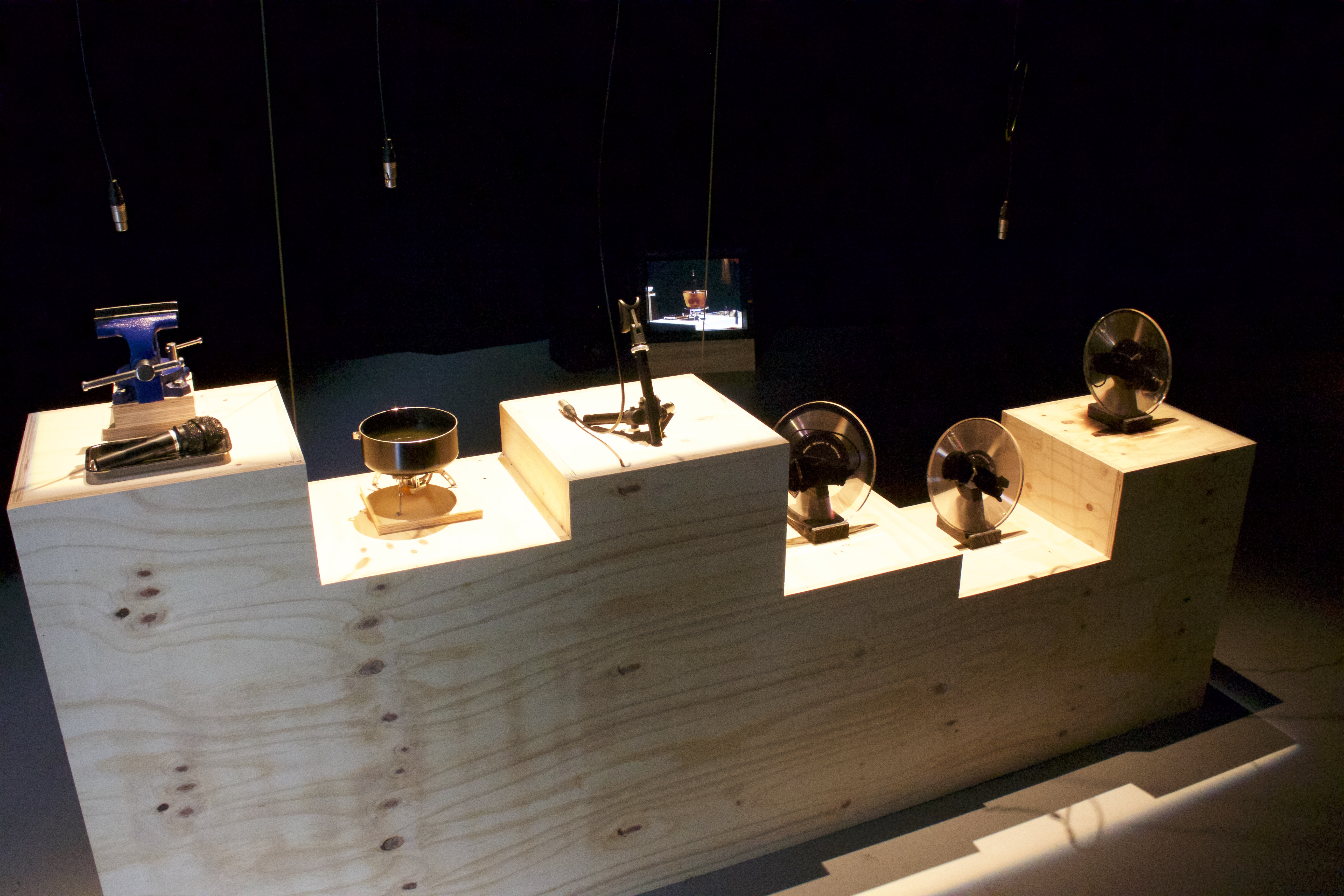 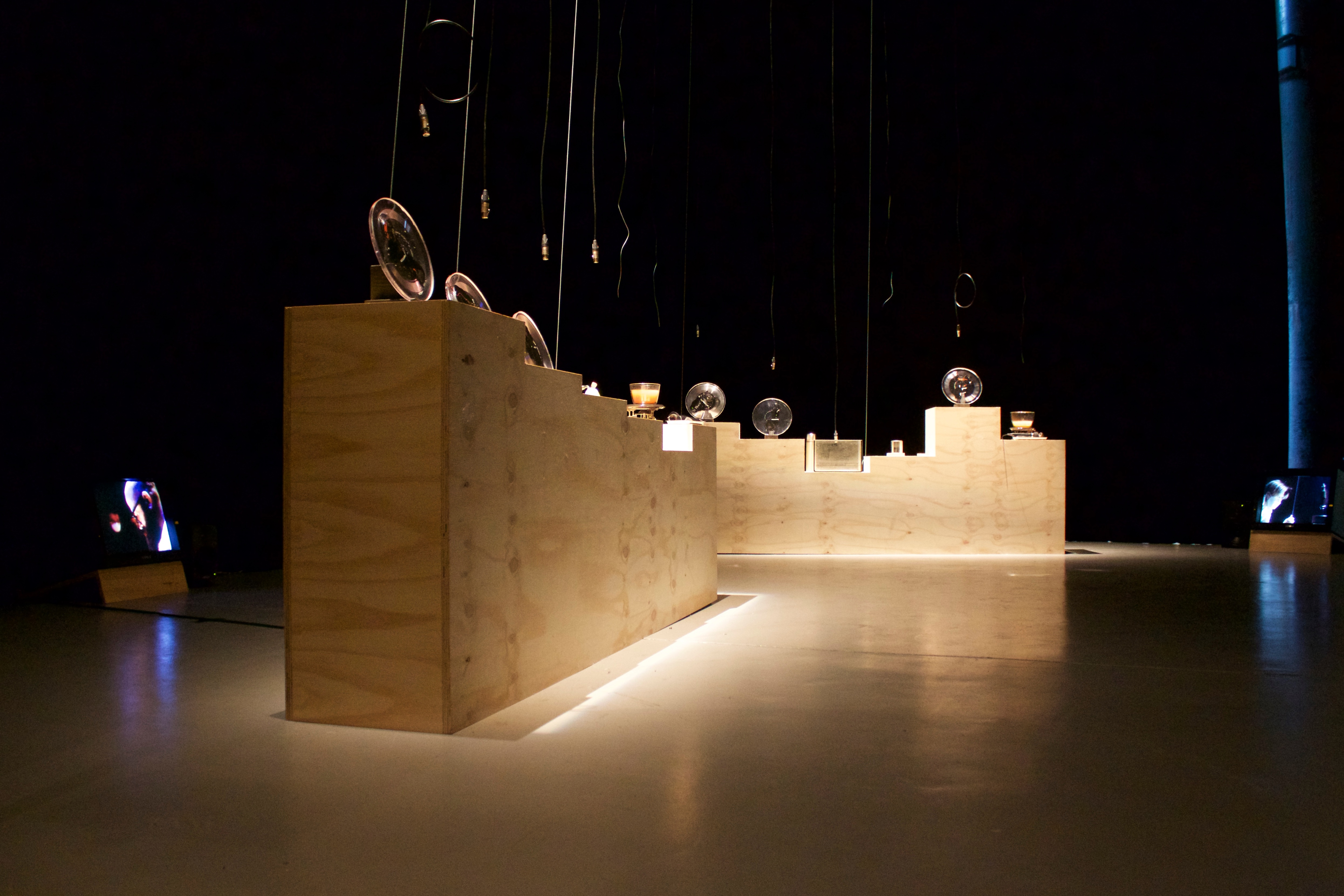 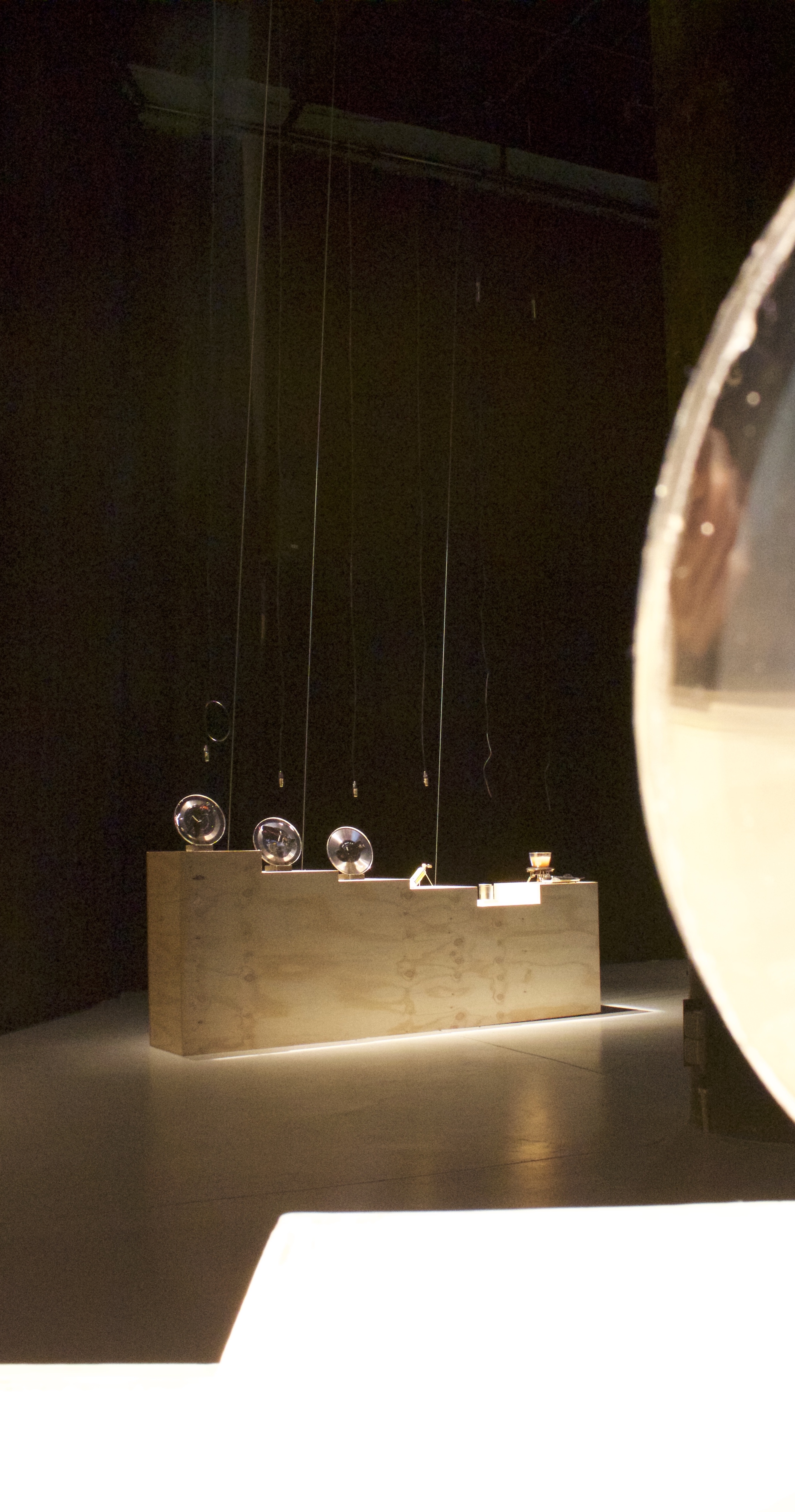