f(zero) is an archival and sound informed project considering acoustics, instrumentalism and site. Based on the act of tuning a musical instrument with the acoustical resonances of a space,  f(zero) regards the musical performer a field researcher, negotiating his surroundings by means of a singular sound action, to draw information and response accordingly and perform a ritual of measurement.

A score describes a simplified procedure to measure the resonance frequencies of a space/site of choice and a musical exercise based on those frequencies to be executed in the space. 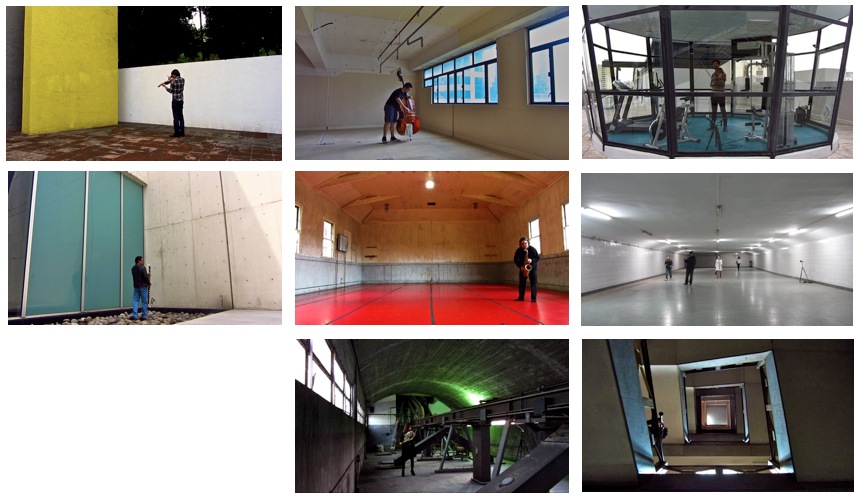 The exercise is to be captured in both sound and image. Documentation will be embedded in an online archive;  an imposed, virtual space proposing relationships of content and tracing out a topography of acoustic histories and musical readings of site. Performers are invited to do the exercise independently and submit their results to the archive.