Four performers of similar instruments stand close together, facing each other in the middle of a large open area. They play a simple movement of music in a mutual tempo and for a long time, increasingly including and extending individual variations.

At regular intervals during their performance they take a number of steps backwards, enlarging the space between them over time. Eventually, distance will obscure their relation; the movement blurs, sounds disconnect and the surroundings take over once more. Four lone performers disappear in the background.

When a performer feels no more material is left, he/she stops playing. 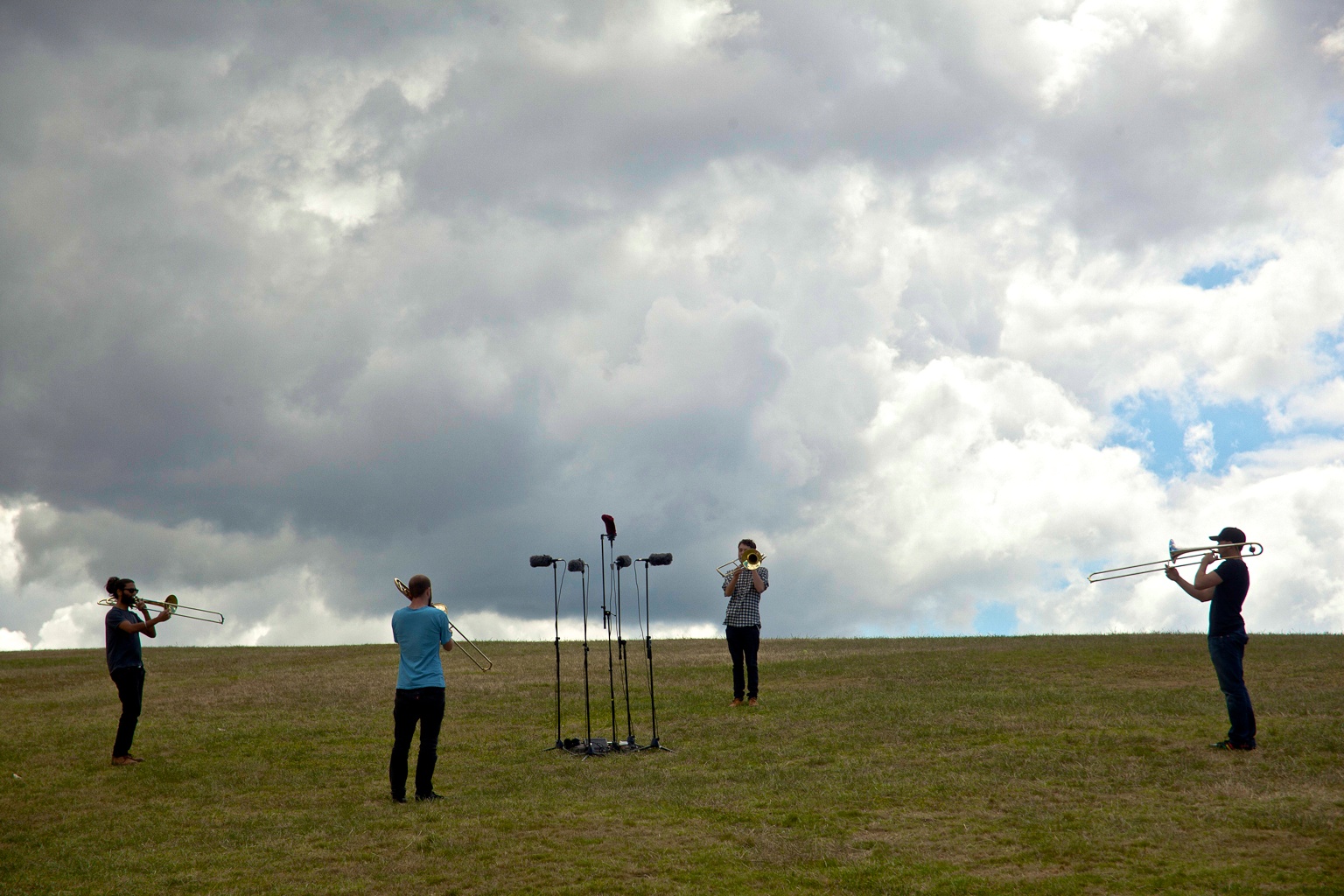 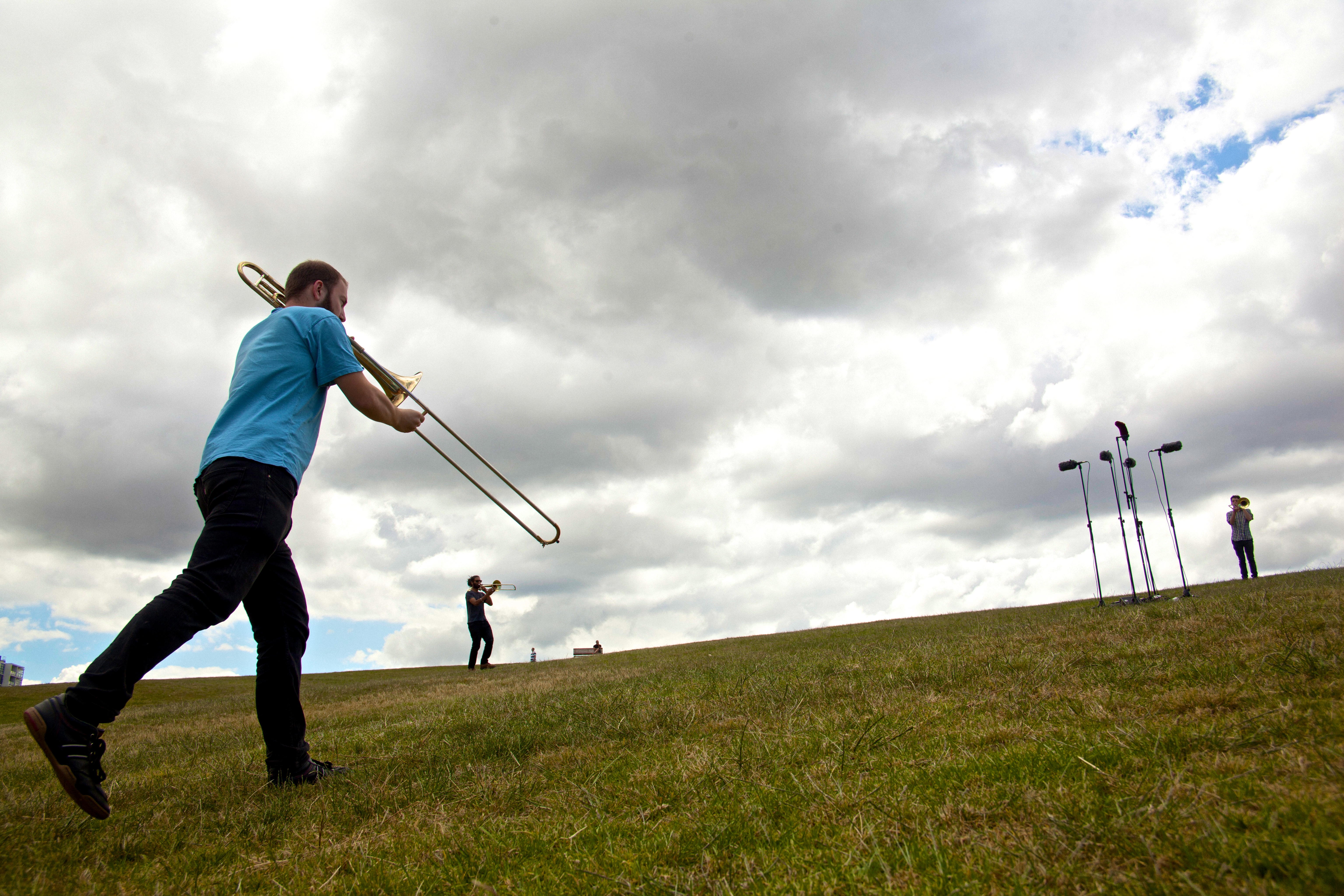 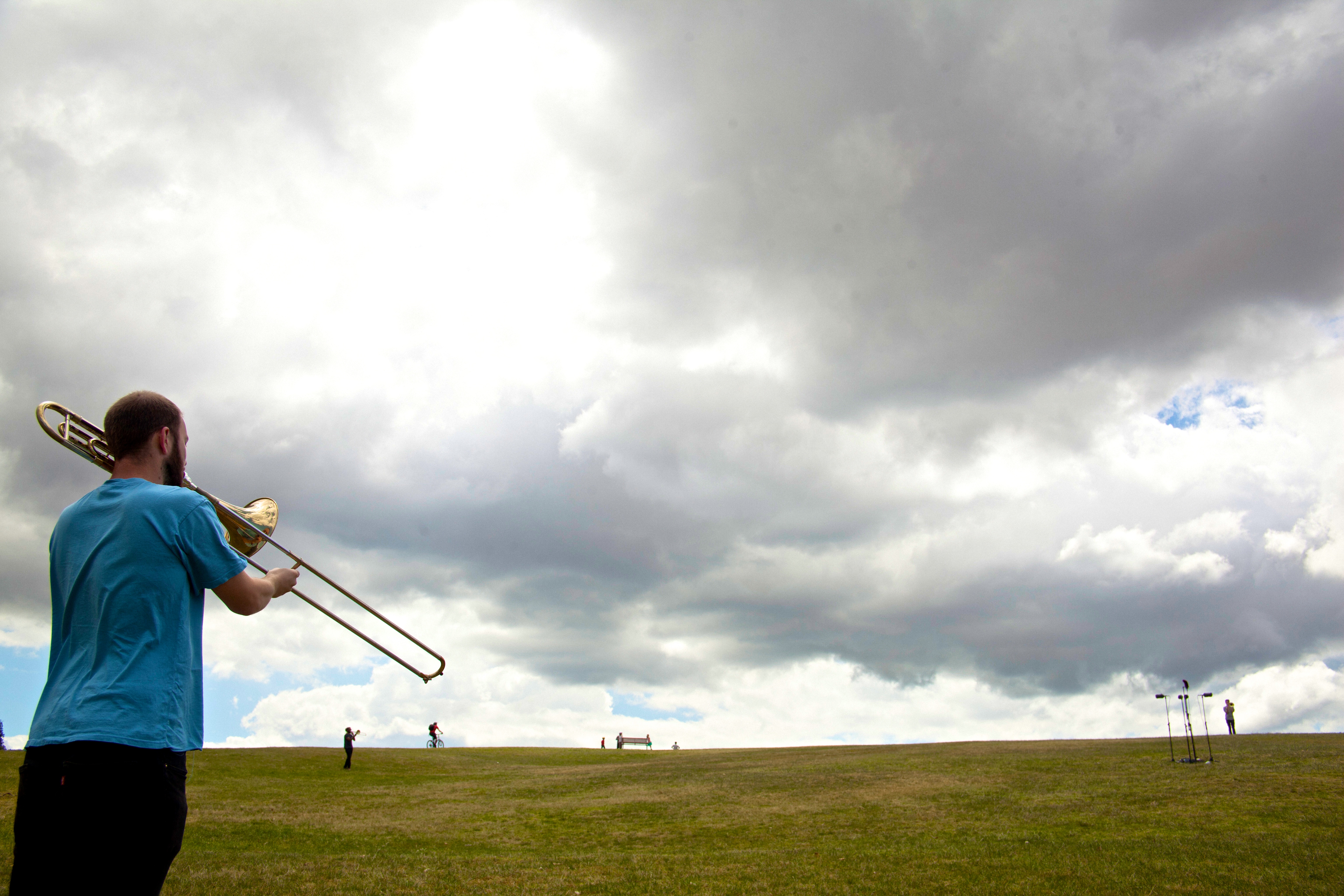 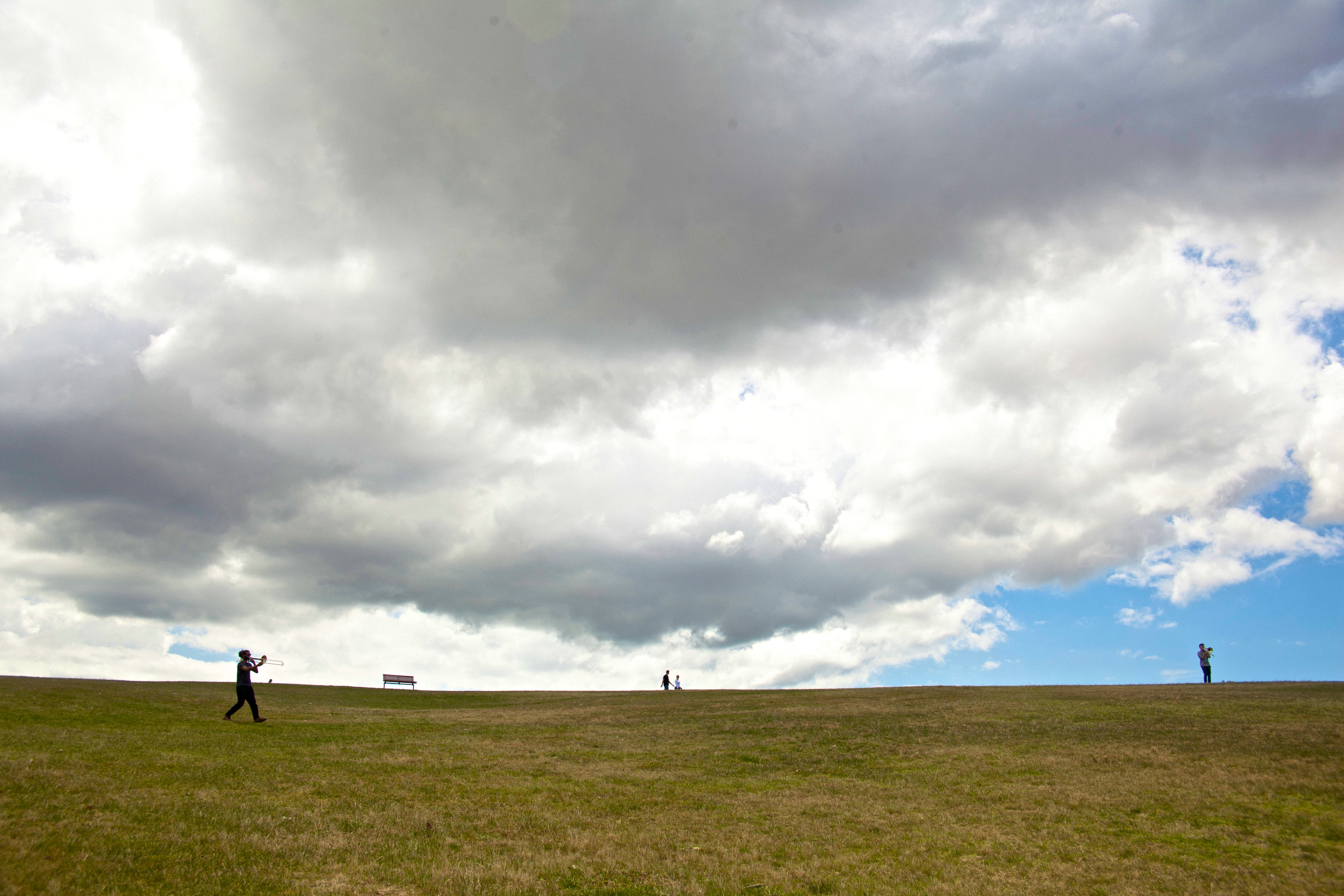