“Jon Mueller and Martijn Tellinga have started a collaboration to explore the musical dialogue between the instrumentalist and realtime computer-performer. Their mutual interest in the outlining and structuring of improvisation, both in sonic properties and compositional shape, resulted in an ensembled playing that is partly responsive, partly autonomous. During their residency at the Extrapool studio in Nijmegen, Netherlands December 2005, they experimented with a system that consisted of live-sampling and processing of Jon’s playing, on top of a layer of pre-recorded sound materials taken from a previous session. Crucial to this system, was that the actual triggering of the samples and processing in the computer during performance was also caused by that same playing. This experimental system was developed to establish to musical body that can either blend two sources into one (percussion and computer) or exist as two entities that function in an autonomous way.” – from Korm Plastics press release. 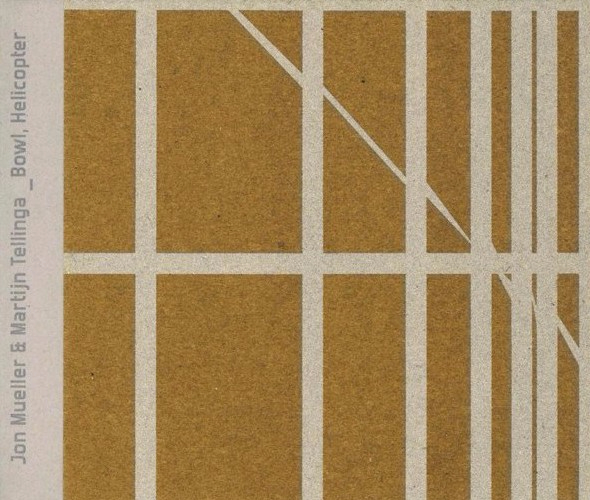 Full recordings of ‘_Bowl, Helicopter’  have been released on Mini CD by Korm Plastics