Blind Spaces is an installation piece situated in an abandoned Beijing hutong courtyard house. 8 of the 16 rooms in the courtyard were entirely whitened -including the items the former inhabitants left behind- in an attempt to neutralise the historic texture of the rooms and emphasize their composition and acoustical presence. A small speaker driver was installed, continuously and quietly emitting an electronic tone tuned to the strongest resonance of the room it was mounted in. 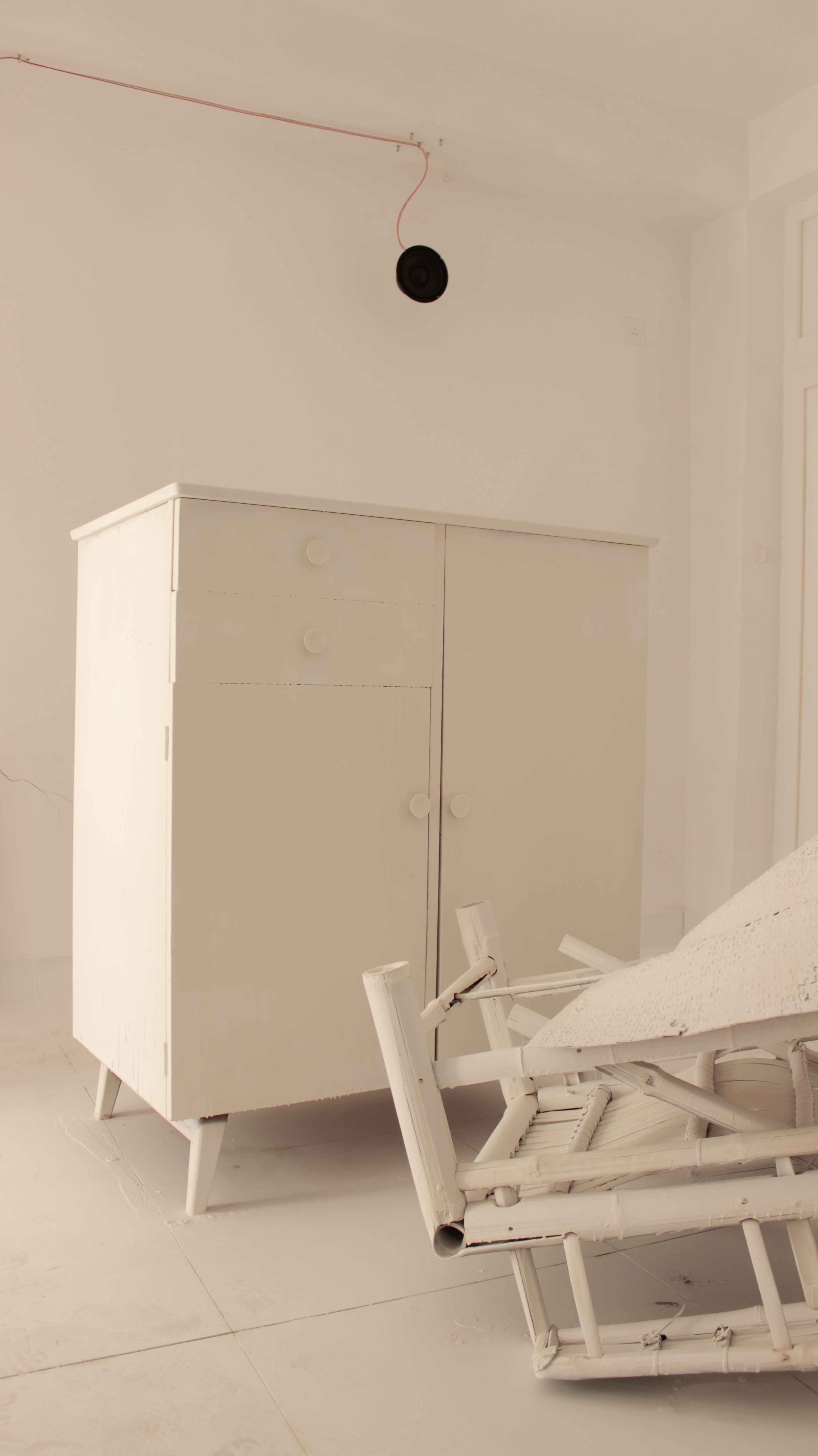 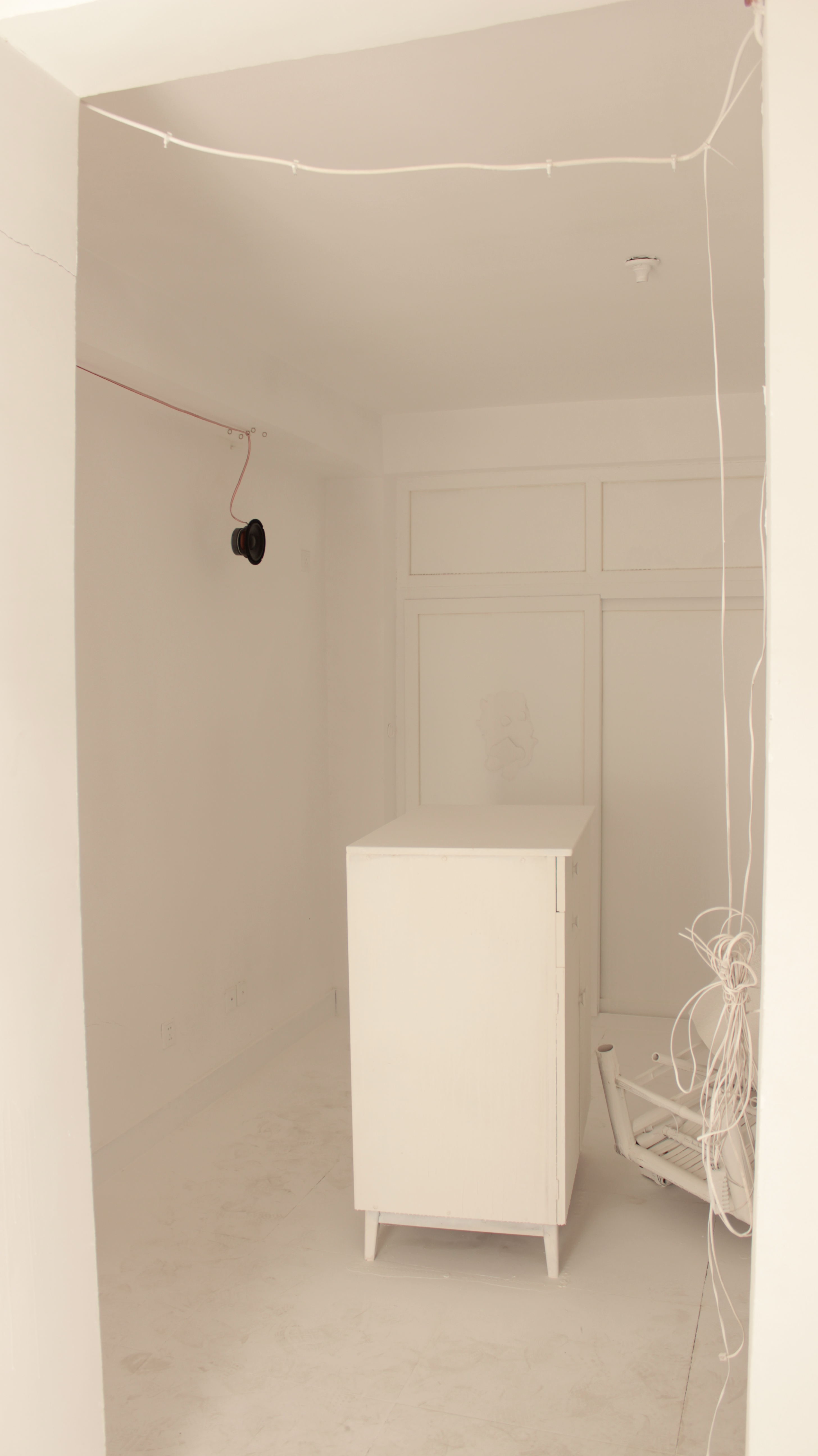 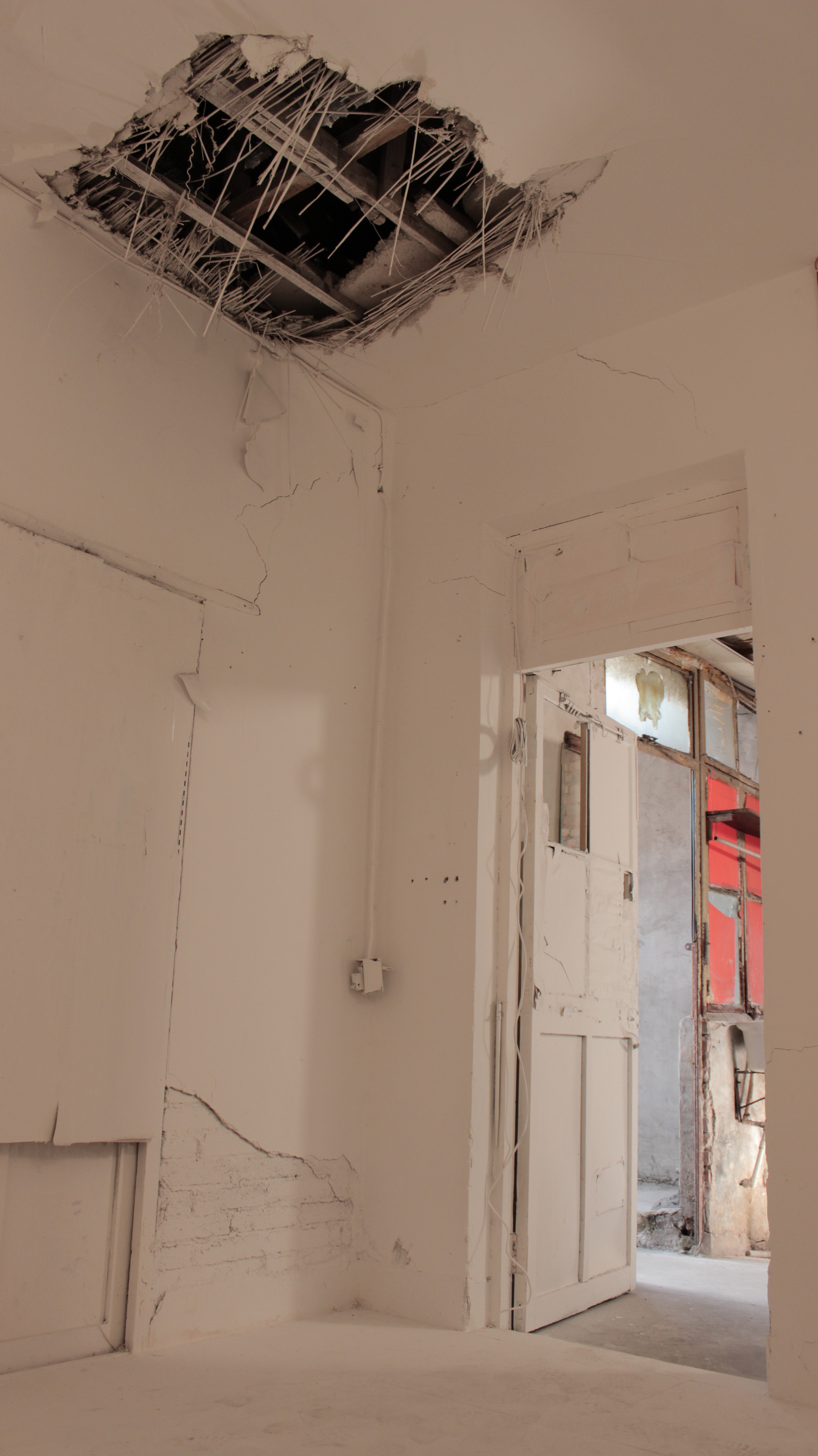 Matching their dimensions, the tones were acoustically amplified by the rooms (and could thus be projected by the speakers extremely quietly). A tone then appeared to be equally loud throughout a space, and without direction; the rooms were humming at their inherent pitch. Walking through the courtyard, one would physically move through this spatially informed chord -interacting with the intimate acoustics of hutong life-, hearing specific intervals and gentle beatings at different positions. 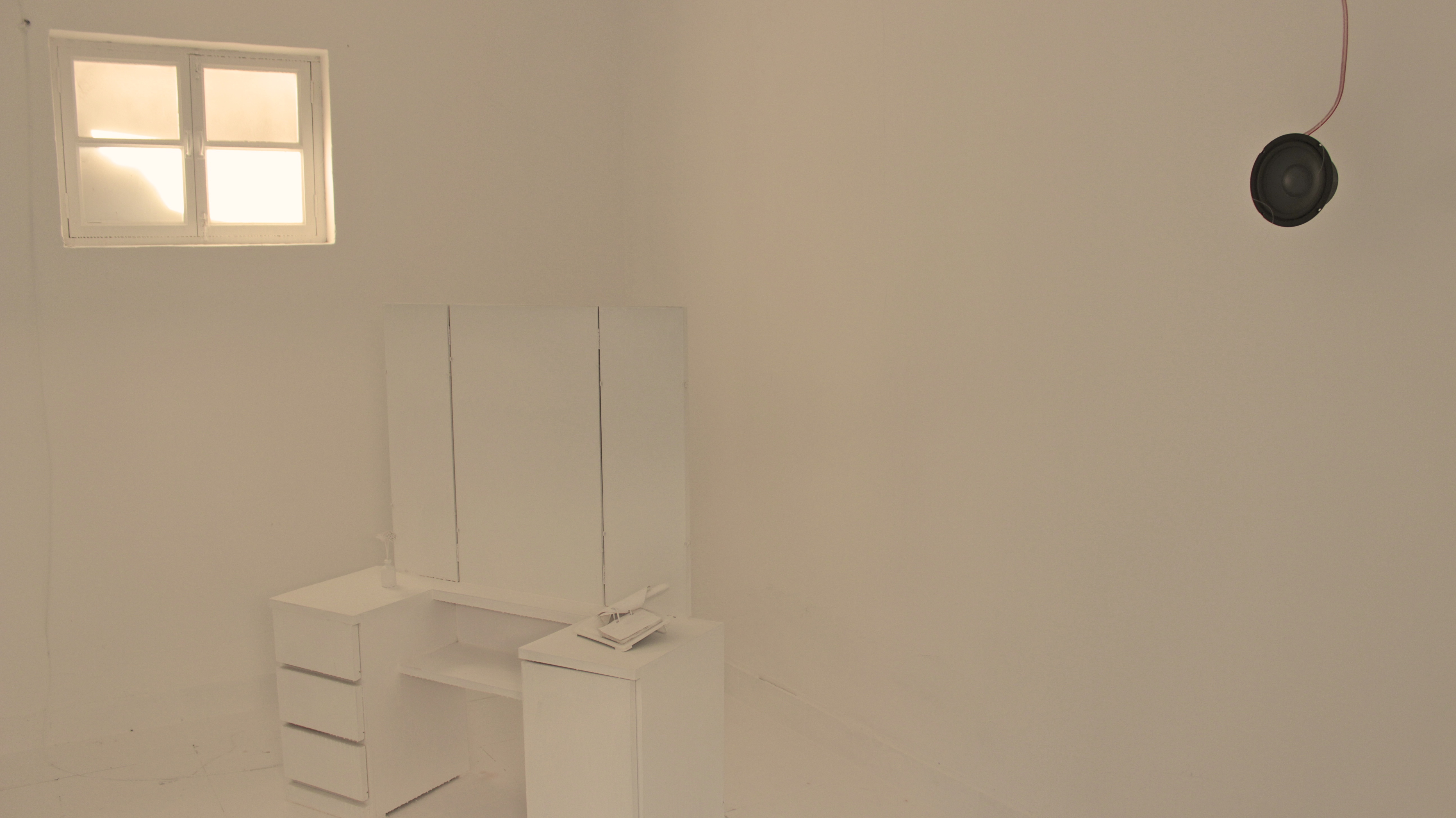 A sheet placed on a music stand described the frequency of the tone heard in a room, its tempered pitch equivalent and the two semitones adjacent to it. 4 violinists appeared each day during the exhibition, unannounced and unscheduled, freely choosing 1 of the rooms to perform in for 1 hour. Their only instruction was to play quiet single tones near the resonance,  further modulating the chord that was traveling through the courtyard. A visitor could encounter a number of musicians, a soloist, or the courtyard void of performers simply giving voice to its own resonance. 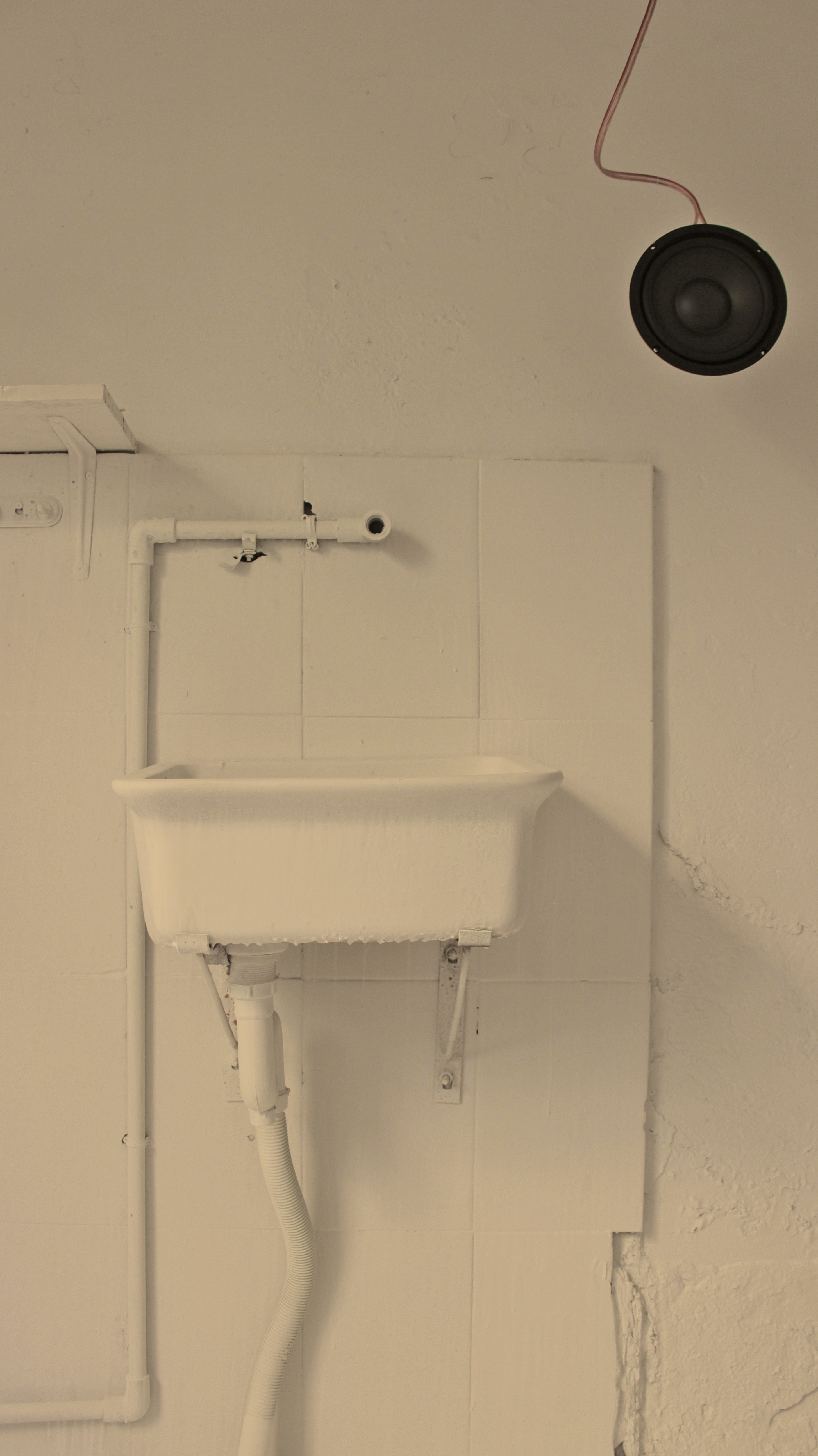 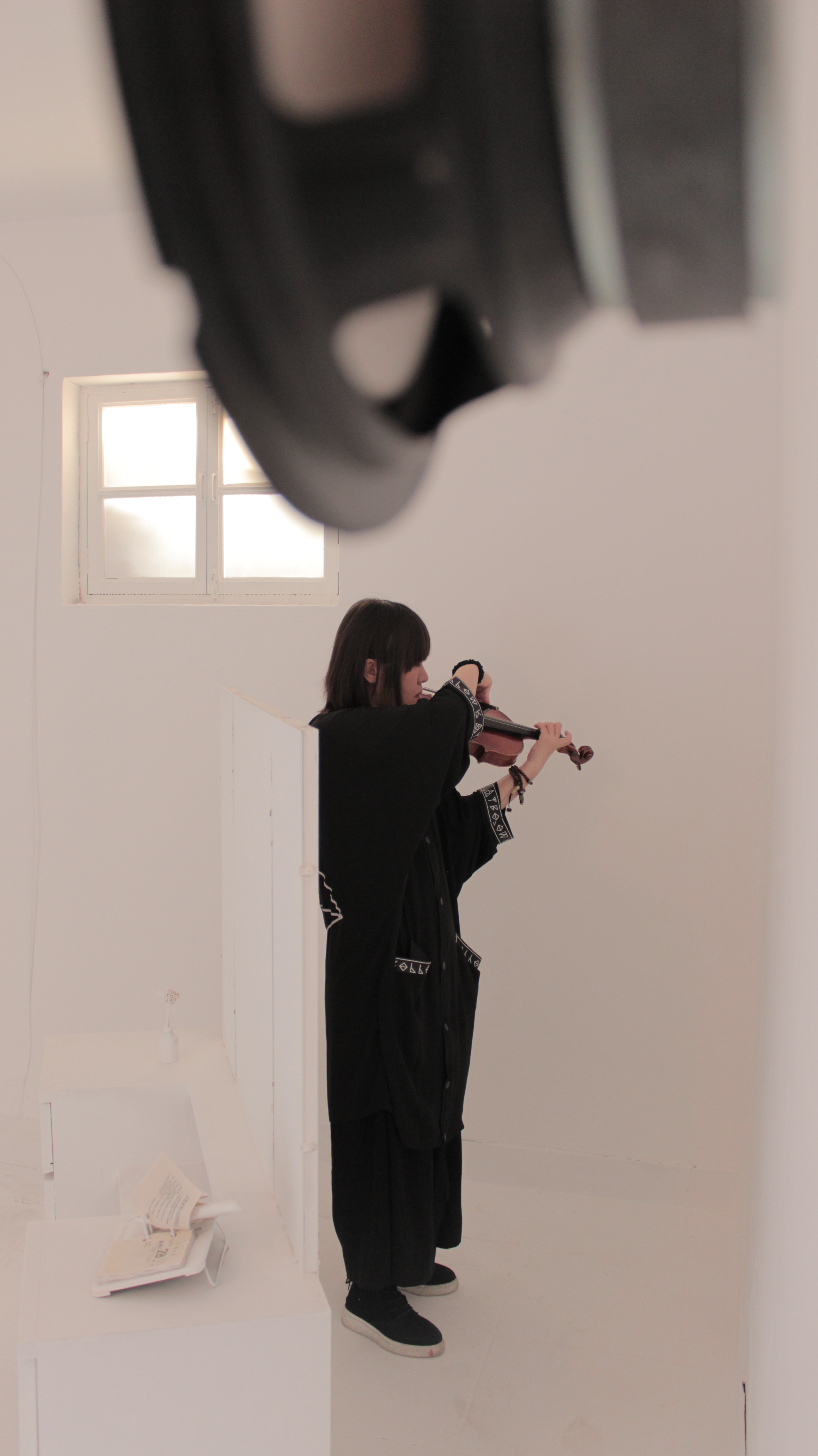 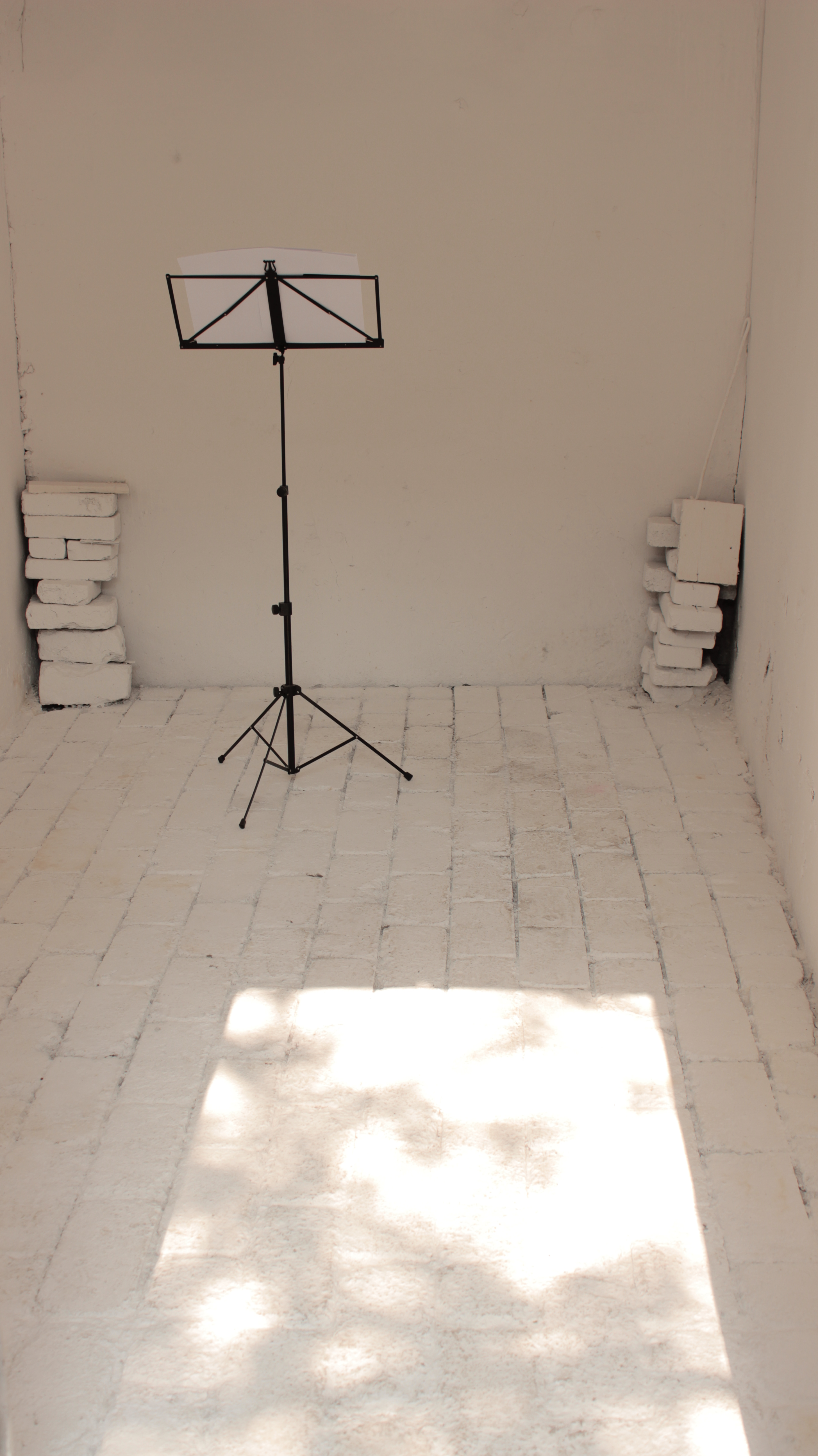 Blind Spaces was part of the Beijing Design Week 2015 _ Baitasi Remade and was realised with the support of the Dutch Embassy in Beijing, Long Strategic Consultancy and Moujiti. Violins; Yan Yulong, Jie Sheng, Wen Yuzhen, Ake.

. hear a longer audio impression of a walk through the courtyard